Home  /  Latest News   /  Your GPS Can Actually Get You Killed! Think Thrice Before Downloading Tracking Apps 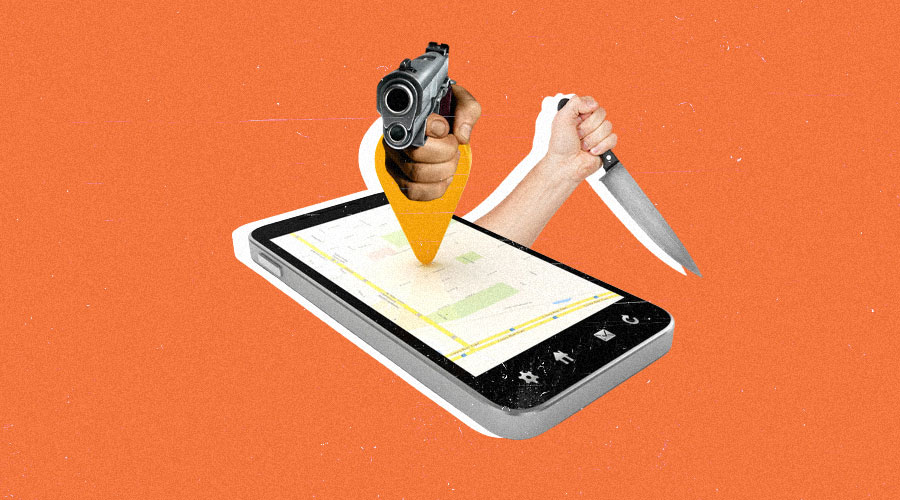 Your GPS Can Actually Get You Killed! Think Thrice Before Downloading Tracking Apps

An Indiana woman allegedly told someone that she used an Apple AirTag to stalk a man and kill him because he was cheating on her — drawing attention, once again, to the alarming role the gadgets have come to play in domestic violence. As the Indianapolis Star reports, the 26-year-old woman allegedly told a bystander that she’d found her boyfriend at a local pub after tracking him using an AirTag, which is an Apple gadget that acts as an easy geo tracker. The woman then proceeded to fatally run over the man with her motor vehicle, according to the cops, after she found him inside the pub with another woman. The incident reminds us that it’s just another data point in a startling trend of people using AirTag and other GPS tracking apps, which are cheap and easy to buy online, to menace, surveil, or attack other people.

In December, for instance, an Arkansas woman described her shock at finding the US$29 piece of Apple hardware taped to the trunk of her car after her phone informed her that there was an AirTag somewhere nearby. The failsafe worked in that particular case, and the woman was able to quickly remove the tracking device as soon as she found it. However, AirTag can generally only be tracked by iPhones, so if the person being tracked doesn’t have an iPhone — or if the device isn’t manufactured by Apple — they won’t be informed the way the Arkansas woman was!

In a February statement about the safety issues, Apple said that it would work with law enforcement to circumvent AirTag stalking. It also said it would issue a popup warning that people who misuse AirTags to track people without consent may be prosecuted and that the device “is designed to be detected by victims.” Judging by the Indiana killing, though, it seems like there’s still a long way to go.

How does the AirTag work?

Everything else is ultimately window-dressing, although it’s with the fundamentals where the AirTag shines. Each tracker sends out a Bluetooth signal, allowing it to connect to other devices nearby on Apple’s Find My network. Location information from each tracker gets sent to iCloud, which results in you finding your items through the Find My app on Mac, iPhone, and iPad. All this happens behind the scenes anonymously, so only you have access to your device’s location even though another person’s AirTag likely pulled an assist. Apple says the process includes encryption to protect everyone’s privacy. However, the AirTag is like every other electronic device on the planet and open to occasional hacking no matter the safeguards.

How the danger can be avoided?

An AirTag is potentially much more accurate than its competitors. However, Apple has put thought into protecting privacy. The company is quick to point out that every step of the item tracking process is both anonymous and encrypted. The company has also emphasized that it includes safeguards against unwanted tracking — something competitors like Tile and Chipolo lack. Apple recently published a personal safety guide, which included a page on how to “Stay safe with AirTag and other apps like Find My accessories.” Apple also recently pledged to change its notifications and alert sounds. While this is good news, Apple hasn’t said how much it will change them or when these changes will roll out beyond “later this year.”

AirTags have two main anti-stalking features. First, you’ll be notified when an unknown AirTag or Find My accessory is found to be traveling with you over a period of time if you have an iPhone with iOS 14.5 or later. The notification includes instructions on how to find and disable the tracker. Apple spokesperson Alex Kirschner told in an interview that “you’ll get these notifications when you arrive home, or if the Significant Locations feature is enabled on your phone, you may get notified at places you frequently visit.”