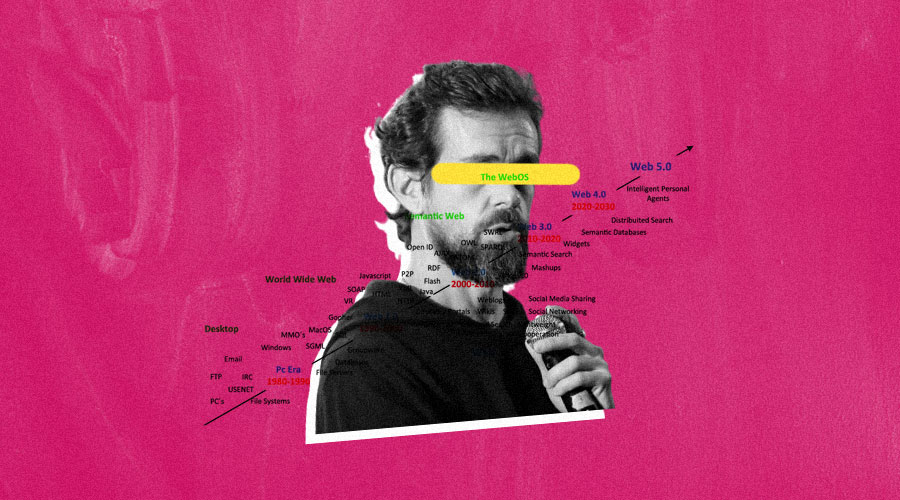 Web5 is Already Here! It seems Jack Dorsey is More Advanced than the Industry Requires

The term ‘Web5’ is creating a storm on the leading microblogging site, Twitter, recently after several debates and conversations about Web 3.0. The credit goes to the recent announcement from the former Twitter CEO, Jack Dorsey, about the Web5 being developed on the Bitcoin blockchain. Jack Dorsey’s company, The Block Head, is set to launch a new version of the decentralized internet known as Web5 with the tokenization system.

How does Jack Dorsey imagine the Web5 network to be?

Block Head’s Web5 is set to transform the Web3 with the combination of Web2 and Web 3.0 built on the Bitcoin blockchain network. The main aim of Web5 is to put the internet user in control of their real-time data as well as the right identity. Jack Dorsey used to criticize Web 3.0 for its sole focus on decentralization. The new version is focused on providing decentralized identity as well as data storage to applications with tokenization.

Jack Dorsey is set to be more advanced than the global tech industry requires to be— it is still adopting Web 3.0. Web5 leverages digital wallets, verifiable credentials, decentralized identifiers, models for cryptographic representation, DWNS, as well as DWAS. It is now under open-source development without any official release date for the public. The Block Head has mentioned that currently there are no tokens available for investing in Jack Dorsey’s Web5. The Bitcoin blockchain will let users have a seamless experience with the ownership of data and identity of individual users. There will be a set of tools based on the most popular cryptocurrency, Bitcoin, to transform the financial system into a better way.

The global tech market is currently in the phase of shifting from Web 2.0 to Web 3.0. Here, Jack Dorsey has already started promoting Web5 from June 2022. The Block Head is set to be moving towards Web5 based on Bitcoin for its immutability as well as decentralization with tokenization. There is no need for creating another network of validators because it’s already on the Bitcoin blockchain. Jack Dorsey is focused on promoting Bitcoin as the standard blockchain network for humans to become self-sovereign in the nearby future.

The Block Head is the Bitcoin business group that wants to serve as the foundation for systems with a single point of failure. Web5 ensures data privacy and data security to applications where individuals can own their data efficiently and effectively.

Thus, that being said, the real question lies in whether the global tech market is ready to accept Web5 so quickly? It is still lagging behind in accepting Web 3.0 properly for its efficient streamlining of the workload and workforce. It seems that Jack Dorsey and The Block Head seem to be way ahead of the technology industry across the world. It will take time for the industry to have a strong understanding or opinion about the combination of Web2 and Web3 and accept it in a full-fledged manner.