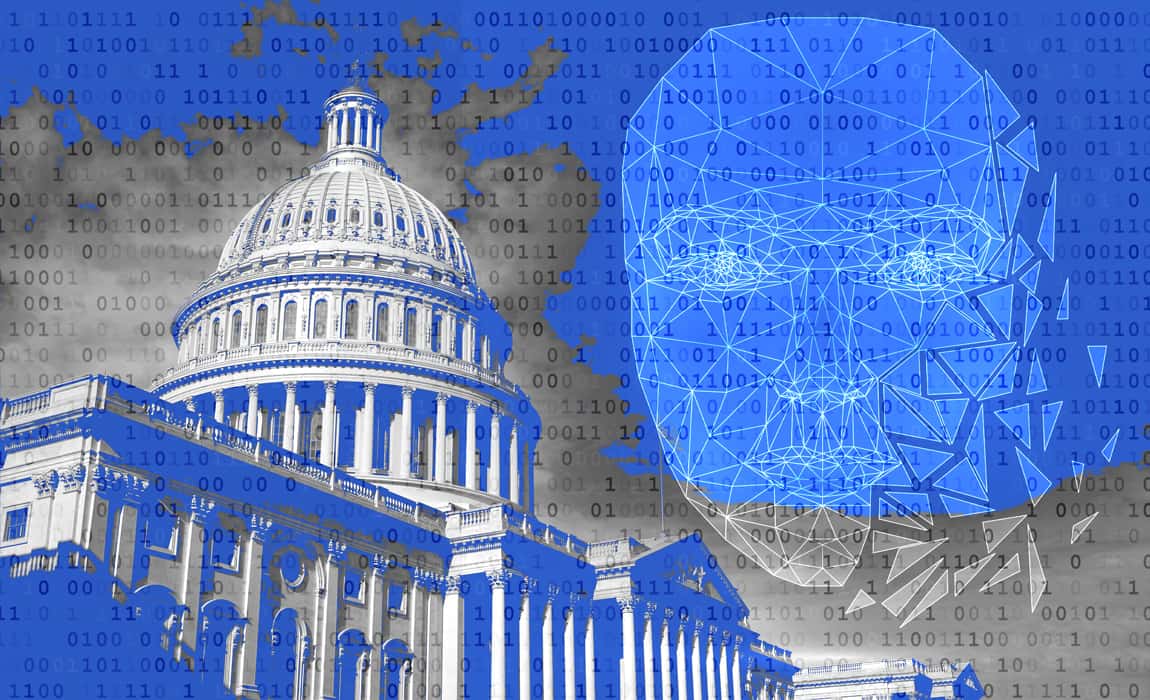 Thomas Carnevale, an expert in security technology provides his perspective on how video surveillance and facial recognition will be used to identify individuals involved in the attack on the U.S. Capitol.

As of Thursday afternoon (1/7/21), the primary footage that has aired on the news and social media comes from news cameras and phone recordings by individuals located on the scene. While this footage provides a piece of the story, the story’s best perspective will come from the congressional building’s security cameras. Shockingly, the news is not discussing the insurmountable evidence that will be reviewable by law enforcement based on the video recordings from the congressional video surveillance systems.

While there were only 52 reported arrests from the attack on the U.S. Capitol, I believe it is not a stretch to say that law enforcement agencies will be able to identify and charge hundreds or thousands more. I am confident that if the video surveillance recordings are utilized to their fullest extent, the puzzle pieces will come together. Law enforcement agencies will understand the criminal activity that occurred within the Congressional Building and be able to identify individual perpetrators. The video recordings will also provide primary evidence in the trials to convict the individuals who assaulted our democratic institutions and vandalized federal property.

The video surveillance systems located throughout the congressional building do not use cheap residential security cameras. The equipment that monitors the high traffic and priority spaces is top-of-the-line. The consumer equivalents of these security cameras offer 4k HD video resolution capable of identifying individuals with a level of detail, efficiency, and accuracy that was unthinkable a few years ago. There isn’t a fuzzy picture that needs to be ‘enhanced, enhanced, enhanced’; this is likely a security camera feed with HD resolution.

What role will facial recognition technology play in identifying individuals that are involved in criminal activity?

Facial recognition technology utilizes individual physical and biometric characteristics to create a measured and mathematically calculated unique facial signature. The unique facial signatures identified on video surveillance footage are then matched to a database of recognized faces. The database of individuals’ faces could be sourced from governmental databases such as police mugshots of arrested individuals, publicly available social media pictures, or evidence reported to the FBI and law enforcement.

A less well-known feature of advanced security camera technology is rapid forensic search. This feature enables reviewers to find a needle in a haystack and quickly review hours or days of video surveillance evidence in seconds. For example, if reviewers want to see all of the footage of a man wearing a specific outfit, they would be able to rapidly search for that outfit across multiple camera feeds and track that individual’s movements without hours of work.

If you want to help the law enforcement investigation, review the publicly available video footage and photographs and report any individuals you recognize. In your report, I recommend providing your supporting evidence and the name, city, and links to social media profiles of the individual you are reporting. Plus, if you want an example of facial recognition technology in your everyday life, you can look at the technology that is used to recommend tags for your friends in photographs on social media.

You may be wondering if this is legal; can the government use video surveillance on its citizens?

Yes. Although each state has its legislation on video surveillance in public places, the general rule of thumb across the United States is that video recording (without audio) is allowed – except for places where someone has a reasonable expectation of privacy (e.g., bathrooms, hotel rooms, shower areas, changing rooms, etc.). That means the public hallways throughout the congressional building and the grounds surrounding the U.S. Capitol can be legally recorded and analyzed to identify criminal activity.

To support this perspective, it is worth referencing the archived version of the Department of Justice Criminal Resource Manual, which states the following:

“Video surveillance, which is the use of closed-circuit television (CCTV) to conduct a visual surveillance of a person or a place, is not covered by Title III. Rather, its use is governed by the Fourth Amendment and, therefore, when a reasonable expectation of privacy exists, a search warrant should be sought pursuant to Fed. ‘…’

Accordingly, a search warrant requesting to use video surveillance must demonstrate not only probable cause to believe that evidence of a Federal crime will be obtained by the surveillance, but also should include: (1) a factual statement that alternative investigative methods have been tried and failed or reasonably appear to be unlikely to succeed if tried or would be too dangerous; (2) a statement of the steps to be taken to assure that the surveillance will be minimized to effectuate only the purposes for which the order is issued; (3) a particularized description of the premises to be surveilled; (4) a statement of the duration of the order, which shall not be longer than is necessary to achieve the objective of the authorization nor, in any event, longer than 30 days, measured from the date of the order (without any 10-day grace period to begin interception, but with 30-day extension periods possible); and (5) the names of the persons to be surveilled, if known.

The Department requires that the investigative agency seeking to use court-ordered video surveillance obtain prior approval from the appropriate Department official. That policy appears at JM 9-7.200.”

I am not a lawyer, but if I review this from a commonsense perspective, it means that law enforcement will be able to use the video surveillance recordings to successfully and thoroughly investigate the acts that occurred during the attack on the U.S. Capitol. Diving deeper into the video surveillance requirements, criteria #1 is met by law enforcement’s inability to detain and arrest thousands of individuals during the event, given the law enforcement ratios and potential dangers to all involved. Criteria #2 can be met by describing the use of the footage. Criteria #3 and #4 can be specified given that the attack took place in a known location and at a limited time. #5 is written such that it only requires the names of known individuals and does not exclude the use of video surveillance to identify unknown individuals for further investigation.

In some cases, the individuals within the congressional building were wearing masks. Will those individuals be able to avoid detection due to the masks worn for Covid-19?

It is highly improbable that a mask that covers part of the individual’s face will make it impossible for law enforcement to identify the person. Even if the individual could keep their mask on during the entire time spent on camera, that doesn’t mean they are unidentifiable. A half-covered face still shows half the face. The person’s eyes, face shape, and facial structure are all still clearly visible to cameras. These security cameras also recorded the individual from multiple angles for an extended amount of time. Software programs are available to recreate an approximation of what the remainder of the face looks like behind the mask. When you combine that with the additional evidence from data location and social media sharing, law enforcement will still be able to identify the majority of individuals involved in the riotous behavior in Washington DC.

Thomas Carnevale is currently the CEO of Umbrella Technologies, a security consulting and integration firm. As a security expert, Thomas has been honored by the Security Industries Association, ASIS, & multiple security publications over the years. He is an internationally recognized author and active speaker at security and industry conferences. Thomas has been creating a name for himself in the security industry since starting Sentry360 out of his basement in 2004. Sentry360 is responsible for the invention of the security industry’s 1st single-sensor open-platform immersive panoramic imaging technology which was used to secure fortune 500 companies, major cities, and some of the largest mass transit agencies in the world. Over the last 15 years, he has served in C-level roles with multiple growing security companies while spending time as an active consultant for Gerson Lehman Group and Guidepoint Global. 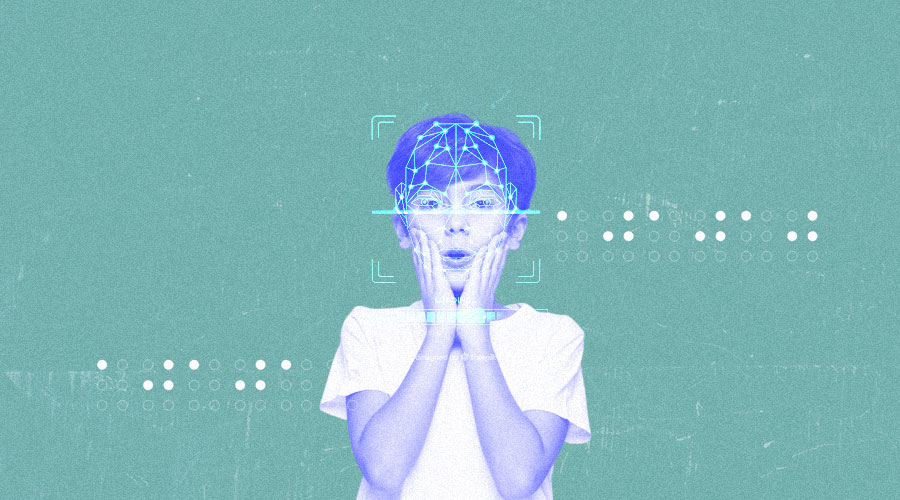 Facial Recognition is the Worst of What AI has to Offer! Especially to Children

Children might be in grave danger when it comes to the use of AI in facial recognition Protecting children online has never been easy. And with the advent of public-facing facial recognition search engines, that risk is growing. According to reporting 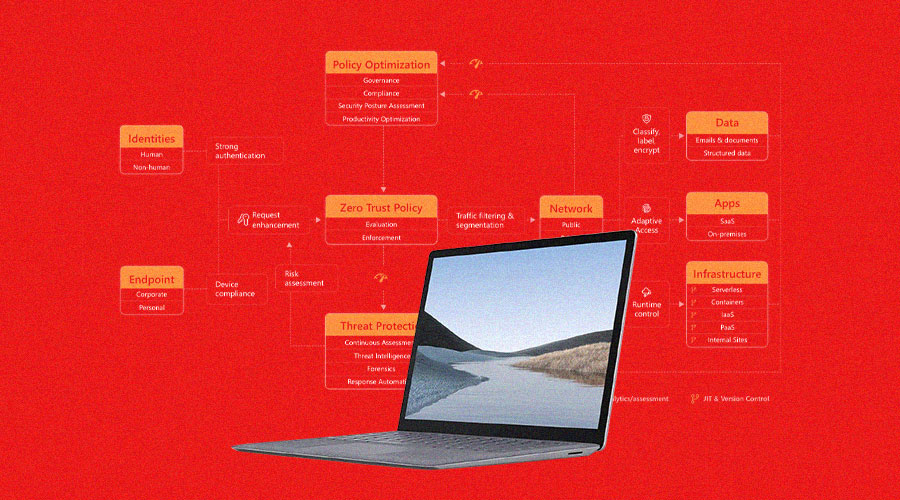 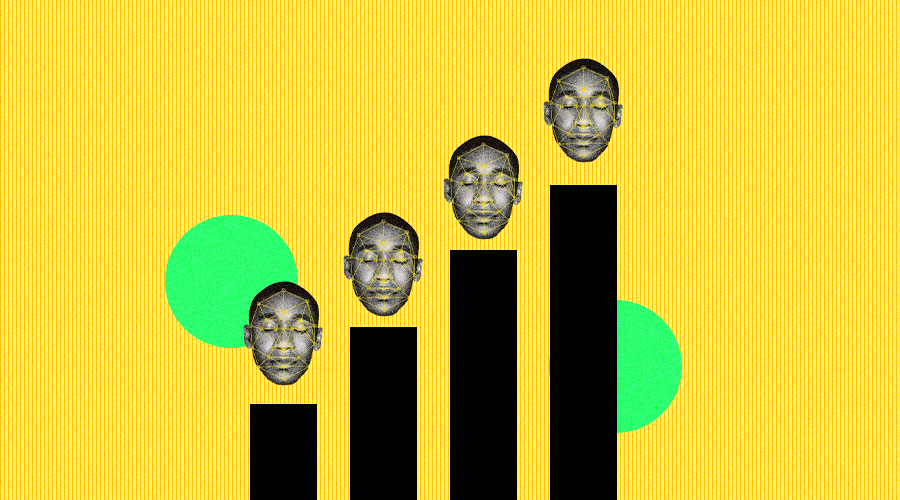 Some of the most popular facial recognition stocks are available for you to invest in this month. In the global market of digital security, the use of facial recognition features is not restricted to business giants. Almost every organization is using