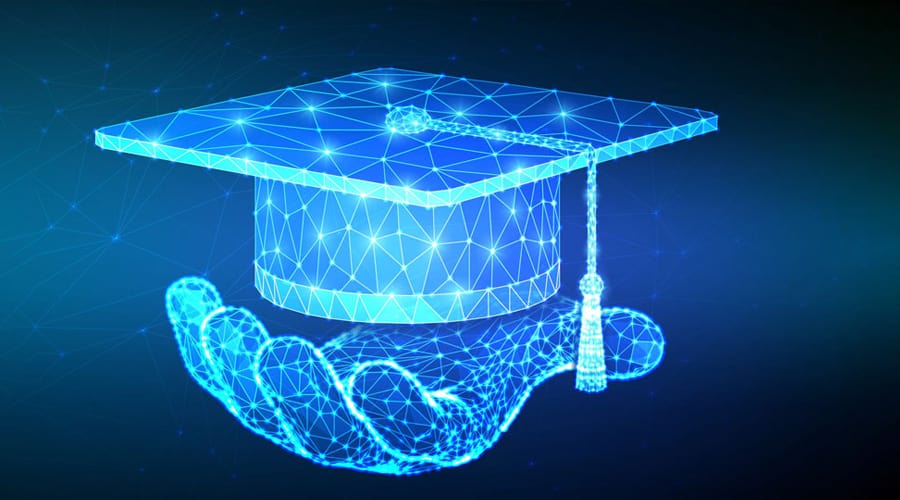 Top 5 Uses of Blockchain in Education

Blockchain is the most improved and secure set of databases that stores data in a chain format and it is famous for its use in Bitcoin. However, blockchain can also be used for education and the following are the ways.

Record keeping can extensively be used for storing degrees, certificates, and diplomas and making the credentials digital, and keeping them under the learner’s control, without the need for an intermediary to verify them. Blockchain can also be used for the accreditation of educational institutions, which is a complex process in many countries. It enables them to verify the quality or the qualification to teach. Blockchain can improve record keeping. It also makes the storage a natural fit for solving management problems related to intellectual property. Blockchain can also be used to determine if any of the ideas or inventions are unique. It also registers those ideas with IP assets, copyright, and patents.

The University diplomas can be turned into virtual transcripts and it can keep a record of all the education achievements of one’s whole lifetime. It would reduce the chances of CV fraud; streamline the process of student transfers. It would also provide credential verification and make the process of transfer between states and countries easier than before. It would eventually increase the efficiency of the education system.

A market of digital assets

Processing student payments can become strenuous work. However, cryptocurrency can be used as a method of student payments. This means that educational institutions would accept bitcoin as payment. In 2014, King’s College in New York City became the first accredited U.S. institution to accept bitcoin as payment, eliminating the credit card transaction fees previously charged to students. This is a good example of how blockchain could be used in higher education to create and trade new digital assets.

Blockchain has the power to create new business models for the education system. Woolf University is aspiring to become the first blockchain-powered, nonprofit, borderless university. Founded by a group of academics from both Oxford and Cambridge, it will rely on blockchain and smart contracts as the basis of the relationship between learners and educators. It aims to create the Airbnb of degree courses. Once achieved, this new educational platform will lower tuition fees at the same time it would increase faculty remuneration with the help of blockchain smart contracts that would automate administrative tasks. It would also protect and secure faculty and students. It would further reduce administrative overhead costs. The instructors can choose to be paid in Woolf tokens or their native currency. The university will seek EU accreditation and anticipates a global launch in 2019.

The computer nodes that are supposed to verify the integrity of the information stored on a blockchain receive rewards in the form of digital tokens like bitcoin or ether. People who would be using computers for this process of cryptocurrency mining would also receive tokens. These tokens can be used for paying for goods and services. It can also be hoped that primary and secondary educational institutions will also start using blockchain for storage purposes and also in the issue of credentials. For every state, there can be individual blockchains that will not be interfered with by others. There are so many more changes that can be done like no transcripts would be needed during a school transfer or a job application.