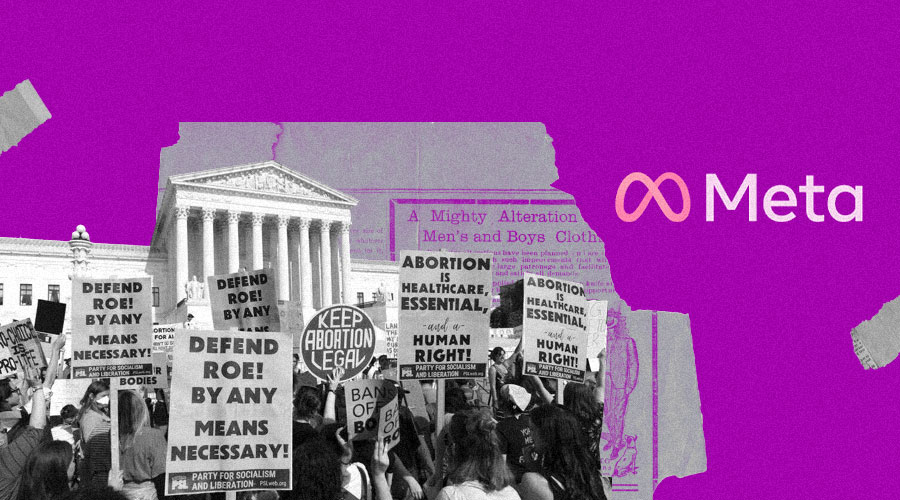 Meta seems quite orthodox when it comes to openly discuss topics like abortion and its rights.

The Meta workplace is currently facing a hushed environment for the prohibition of any discussion regarding abortion and it’s not the sharpest idea that the executives have come up with it. A Meta executive told employees last Thursday that they are being prohibited from talking about abortion in their workplace, an internal version of Facebook, citing “an increased risk” that the company might witness a “hostile work environment.”

Since 2019, Meta has had this ‘respectful communication policy’ that prohibits employees from discussing opinions or debates about abortion being right or wrong, availability or rights of abortion, and political, religious, and humanitarian views on the topic. Some employees have called on the management to do away with the policy in the aftermath of a leaked Supreme Court draft opinion that would overturn Roe v Wade, arguing that the ban is at odds with employees being allowed to talk “respectfully” about issues like Black Lives Matter, immigration, and trans rights.

On the other hand, Meta believes that a unique topic like abortion will leave people feeling like they’re being targeted. During an all-hands meeting with employees on Thursday, Meta’s VP of HR, Janelle Gale, said that abortion was “the most divisive and reported topic” by employees in the workplace. According to her, even if people are respectful, and they’re attempting to be respectful about their views on abortion, it can still leave people feeling like they’re being targeted based on their gender or religion.

Most large companies have yet to clearly state their stance on abortion bans, though several have signaled their opposition. Amazon and Tesla have said they would cover some expenses for pregnant employees who need to travel for an abortion, and Salesforce told employees in September that it would assist with moving expenses if they wanted to leave Texas due to its abortion ban. Lyft and Uber have promised to cover legal bills for drivers who are sued under state laws for even driving a person seeking an abortion.

After Politico published the leaked Supreme Court draft opinion seeking to overturn abortion rights at a federal level, Meta’s number-two executive, Sheryl Sandberg, called abortion “one of our most fundamental rights” on her public Facebook page. “Every woman, no matter where she lives, must be free to choose whether and when she becomes a mother,” she wrote. “Few things are more important to women’s health and equality.” But Meta proceeded to push back on the discussion of abortion internally soon thereafter. The policy banning discussion of abortion has caused division among employees in recent weeks, with some supporting it and others sharing their frustration about having posts on the topic removed, according to screenshots of workplace posts and comments seen by The Verge. During the all-hands meeting led by Sandberg, Gale, and other execs on Thursday, several comments about the policy were posted by employees underneath the Livestream and removed as the meeting progressed.