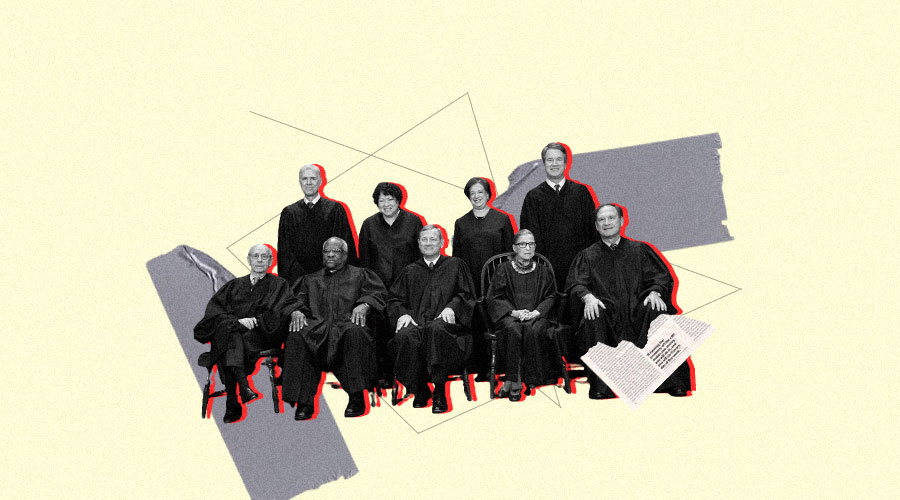 The SCOTUS ruling will either kill tech companies or will save them from being tortured by their customers.

In a 5-4 decision late Tuesday, the United States Supreme Court put a contentious new Texas legislation on hold. If consumers believe they are being “censored” online, the bill would allow them to sue tech companies like Twitter, YouTube, and Facebook. The Texas bill, also known as SCOTUS, signed by Gov. Greg Abbott in September 2021, would compel social media companies to serve content that they might find offensive but is otherwise legal. A broad range of speech that would presumably include everything from Holocaust denial to a litany of racist insults.

The SCOTUS ruled in favor of tech corporations, which had requested that the law be placed on hold while the concerns were resolved in lower courts. Local judges put the ordinance on hold in December, only for federal judges to reinstate it last month. Five justices supported the Supreme Court, with four dissenting an uncommon event in 2022 when the conservative majority court can normally win six votes to go its own way. The justices’ split was even more uncommon, with Elena Kagan, a generally liberal justice, dissenting alongside conservatives Samuel Alito, Clarence Thomas, and Neil Gorsuch.

Several prominent conservatives have vowed to use tech firms over various bans, but none of their lawsuits have been successful in court. Laura Loomer, a far-right personality, has piled up a sizable legal expense after suing social media firms like Twitter and Facebook for banning her. Those lawsuits would probably have validity if the Texas statute is finally deemed to be constitutional by the United States Supreme Court. However, it would have far-reaching ramifications for the future of speech in the United States.

What type of moderation will be allowed on the internet if private corporations are required to accept speech they disagree with on their platforms? What will be permitted in the actual world, for that matter? What right would the mall owners have to kick fascists out if they wanted to fly a giant Nazi flag at the Mall of America? There are two opposing viewpoints on the right to free speech. The Supreme Court recently struck down a Texas statute aimed at preventing online companies from censoring conservative viewpoints, as its advocates claimed. The law, according to tech companies, infringed on their First Amendment rights and limited their ability to control information.

The court approved an emergency plea from trade organizations representing major tech giants such as Facebook and Twitter to have the bill blocked. In a comprehensive review, the 5-to-4 decision does not necessarily imply that the justices would concur with the tech industry’s allegations. However, it does indicate that a majority of the court disagreed with a recent appeals court order that permitted the law to take effect while legal challenges were pending.

This is a battle between opposing views on free speech. H.B. 20, a Texas law, prohibits platforms with more than 50 million monthly active users from eliminating posts based on the beliefs expressed in them, even if they violate the companies’ content moderation policies. The ruling yesterday gave NetChoice and the Computer & Communications Industry Association another temporary victory, but the legal battle is far from over.

While today’s result is encouraging, we’re only halfway there,” Chris Marchese, NetChoice’s policy counsel, said in a statement following the SCOTUS. The legal questions will be decided by lower courts. And appeals are almost certain to follow, as Texas Attorney General Ken Paxton and the tech corporations both look to be hell-bent on winning.

The Supreme Court may decide to take up the case in its entirety. The government cannot advise private corporations on how to handle speech or information on their platforms, the law on this appears to be well resolved. However, the Texas situation raises concerns. On the emergency petition, a majority of the justices issued a brief opinion that did not address the constitutional grounds. However, Justice Samuel Alito, joined by Justices Clarence Thomas and Neil Gorsuch, dissented for a long time, implying that they could be inclined to reconsider what appeared to be permanent principles. This disagreement is both shocking and significant.

Spirit Airlines shareholders are being asked to vote no on a merger with Frontier Airlines. Spirit shareholders should vote against the purchase, according to a renowned shareholder advice group, in order to push the board to negotiate with JetBlue, which has made a competing offer. While a purchase with JetBlue might face additional regulatory scrutiny, the corporation claims that it would provide Spirit investors with more money and options.

Boeing’s self-regulation privileges are limited by the Federal Aviation Administration. Boeing was given a shorter extension than it had requested to undertake some of its own regulatory tests, according to the government. After two catastrophic crashes involving Boeing’s 737 Max, the self-regulation programme garnered massive criticism.

Experts in the field of technology are urging Congress to reject crypto lobbying. A letter signed by 26 computer scientists and academics slammed crypto investments and the industry’s claims about security and decentralization.