Home  /  Latest News   /  Seth Green and His Stolen NFTs! He Should Rename His Show to This for a Smooth Run 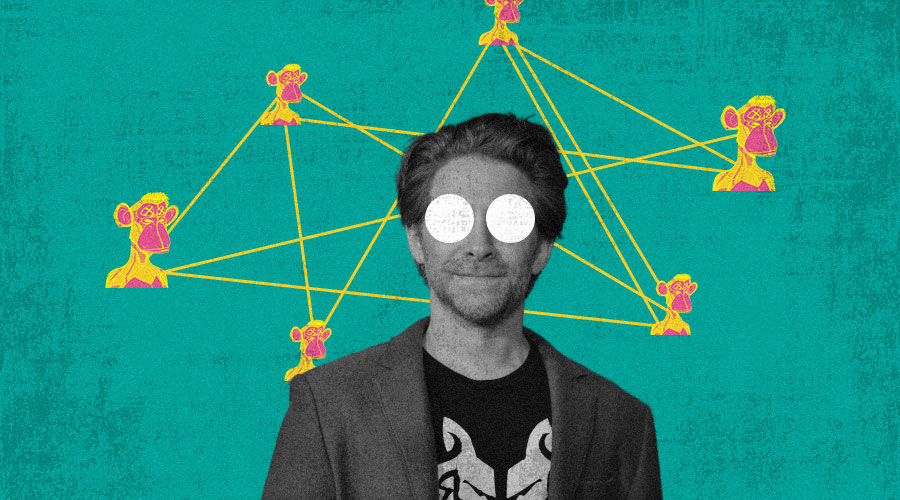 And down goes Seth Green’s NFTs and his idea for a blockbuster show!

Hollywood actor Seth Green fell for a phishing attack and someone stole four valuable NFTs from him! A Bored Ape NFT, two Mutant Apes, and a Doodle, to be exact. As if that wasn’t bad enough, Green was developing an animated show around his Bored Ape, and after his NFT investments were stolen, his idea to create a show based on his experience also went down the drain. Actually, BAYC were among the first collections that gave holders the commercial rights of the Apes they own. The thing is, Seth Green doesn’t own the NFT anymore. To complicate things, the hacker sold the Bored Ape in question to an NFT collector that goes by DarkWing84 for around US$200K.

Seth Green disclosed in a tweet on Wednesday that he had fallen victim to phishing scammers who took numerous expensive NFTs from his cryptocurrency wallet. The Hollywood celebrity, renowned for movies such as Robot Chicken, The Italian Job, and Party Monsters pleaded with everyone not to purchase the NFTs from the scammers and tagged one of the customers in an attempt to find a solution. In the tweet, Seth Green requested, “please don’t buy or trade these while I work to resolve: DarkWing84 looks like you bought my stolen ape- hit me up so we can fix it.” At that time, no one knew about the show he was developing.

However, on Saturday, Green teased a trailer for White Horse Tavern at the NFT conference VeeCon. A twee comedy, the show seems to be based on the question, “What if your friendly neighborhood bartender was Bored Ape Yacht Club #8398?”

Then what went wrong?

Seth’s been working on an animated project called White Horse Tavern, which was going to star one of his Bored Ape Yacht Club NFT units, but he revealed during a Web3 conference that just days before his animated character, named Simian Fred, was set to make his world premiere, he was digitally kidnapped. According to this tweet, Seth apparently got 4 high-value NFTs stolen, one of which, the MutantApes NFT, got traded for around US$42,000 dollars. And another one, purchased by a user named DarkWing84, sold for about US$200K. Since Seth Green technically no longer owns the rights to these NFTs, he can’t move forward with the show he’s been working on to exploit the characters.

What is going to happen to Green’s show?

According to the legal expert, the current owner and holder of the ape known as Fred could cause a lot of trouble for the actor because they now own the commercial usage rights for the artwork attached to that NFT. Some of this is of course speculation, as NFTs are still relatively new and the courts, like many others out there, are still trying to understand just what they are and how they work. But it is true that a lot of NFT projects are granting owners the rights to commercially adapt and profit from the art they currently own. Bored Ape Yacht Club, where Seth Green bought Fred from, was one of the first large-scale NFT projects to enact such rights usages to owners. So, it seems that if Green wants to keep making his NFT TV show, he’ll need to regain ownership and control of his stolen NFTs, especially his main star, Fred. And Green appears to know this as he has spent the last few weeks since the scam happened tweeting to the ape’s current owner, DarkWing84. It’s not known yet if this user knew that the ape was stolen.