Home  /  Latest News   /  Ridiculous! You Cannot Enter the React JS Conference If You are a Queer 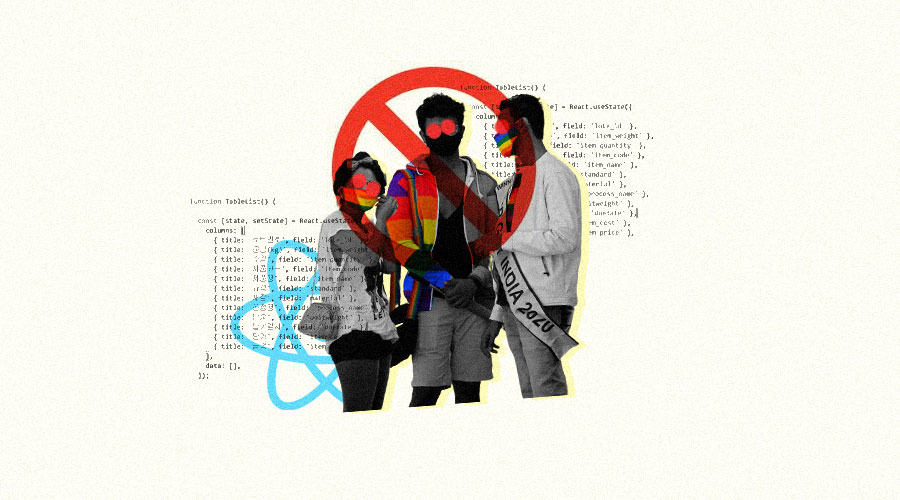 Ridiculous! You Cannot Enter the React JS Conference If You are a Queer

React JS is creating a storm within the queer community with the official announcement of the React JS conference stating that queer supporters or in fact queer people are not invited to the conference. This trending programming language conference has decided to return to the programming world physically after holding two years of online events only. But the issue is that the React JS is not welcome developers or programmers who support or are actively a part of the queer community— creating an anti-LGBTQIA+ environment.

The React JS conference or the React Eurasia is set to hold in November 2022 in the United Arab Emirates (UAE). It is popular for holding a very diverse audience from across the globe such as in Europe and Asia. Thus, the committee has selected the UAE as the common point to meet all developers and other programming language professionals.

The React JS conference is looking forward to its 8th edition in the cosmopolitan lifestyle event mixed with local culture. That is where the twist comes for programmers— not welcoming the queer community. When the whole world is gradually accepting the presence of the queer community, here comes the React JS conference that has officially declared that there will be no presence of queer supporters.

The main issue is that still the terms such as ‘homosexuality’ as well as ‘cross-dressing’ are still considered to be illegal in the UAE. Thus, it is difficult for transgenders to attend this programming language event unless they want to hide their true identities. If the React JS conference does not follow the rules and regulations of the UAE law, attendees or programmers, or committee members can face penalties up to jail or even death. Yes, according to the UAE law, if any member is from the LGBTQ+ community, that person should be ready to face the worst punishment— death!

But the concern is that the committee members of the React JS conference could have shifted the event place to somewhere else where all would have been welcomed to participate— even programmers from the queer community. But they chose the UAE where the queer community cannot come to attend the important event in the programming language field.

React JS is known as one of the top programming language conferences that is free for all as well as has an open-source library. But it is unexpected for a popular technology conference to exclude the entire queer community which also includes programmers, journalists, professionals, and many more.