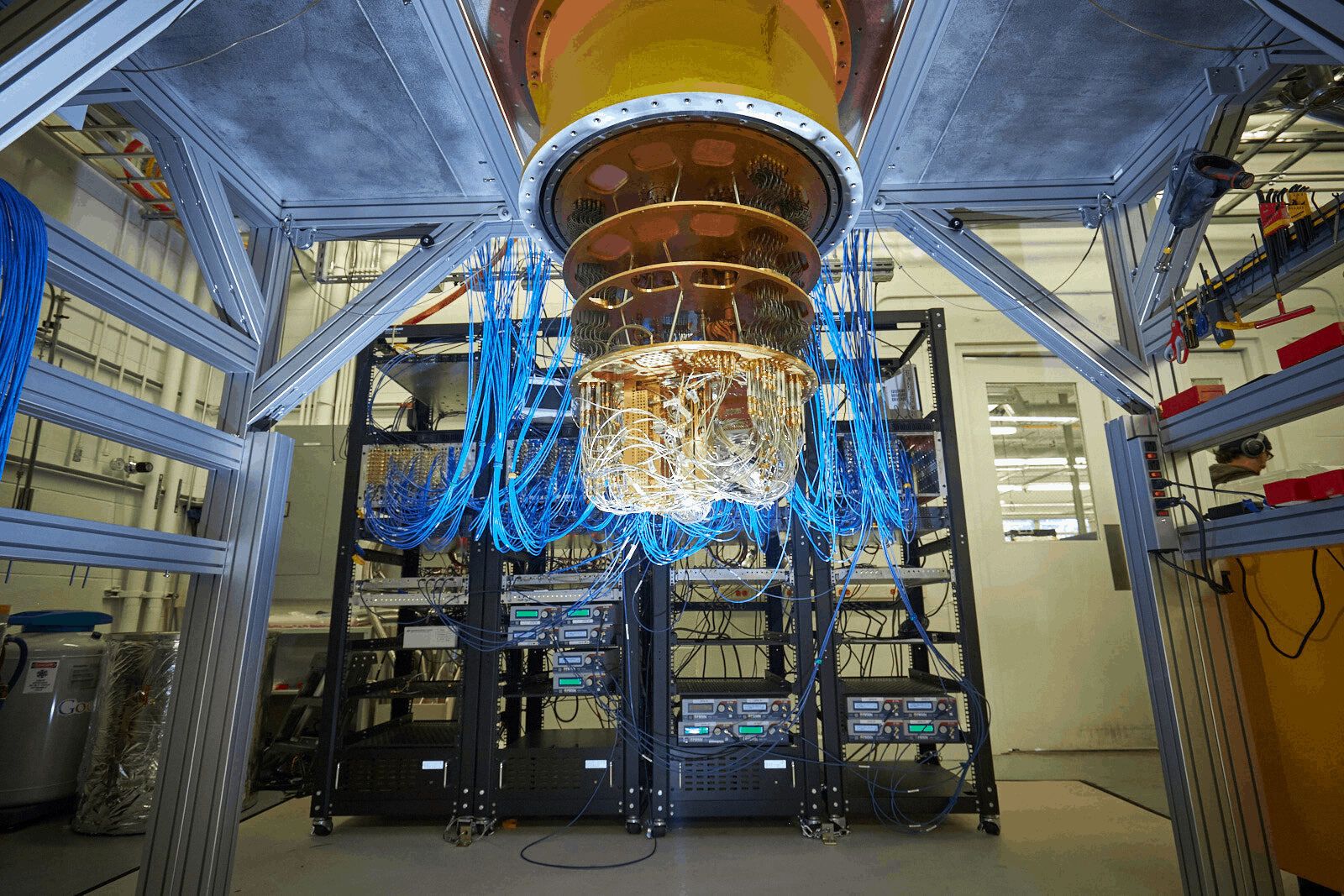 Quantum Computing is set to dominate the Tech Industry

Quantum computers could spur the development of breakthroughs in science, medications to save lives, machine learning methods to diagnose illnesses sooner, materials to make more efficient devices and structures, financial strategies to live well in retirement, and algorithms to quickly direct resources like ambulances.

James Avenue and East Boughton Road’s broad intersection looks like many other crossroads in suburban America. A drive-through Starbucks keeps watch more than 15 lanes of turning and merging mid-size SUVs, most headed for the sprawling parking lots of the Promenade shopping mall to the south, others en route to the shooting gallery and gun shop across Interstate 355 to the east.

Few of the people in the SUVs realize they’re driving over part of America’s blossoming research into quantum information technology. Beneath the interstate, entangled photons, quantum particles moving at the speed of light are teleporting to and from the Argonne National Laboratory in the next town over, through repurposed fiber-optic cables, which make up one of the longest land-based quantum networks in the nation.

Researchers hope to use the 52-mile quantum test site in Bolingbrook to prove that one can trap information inside a quantum state of matter like a photon in one location, send it somewhere else, and then access it completely intact on the other end. They need to factor in the challenges of frozen ground, the sun’s radiation, and vibrations from all those vehicles traveling overhead, but if they can prove it, they will have invented a way of communicating that makes 5G seem quaint. Other laboratory researchers are simultaneously trying to feed algorithms into similar elementary states of matter like quantum bits, and have them come out transformed correctly at the end of the computation. If that’s successful, they’ll have a whole new type of computer on their hands.

It’s clear to physicists for years that the long-established principles of quantum mechanics can revolutionize computing and the internet. If quantum bits can be tamed, they could run algorithms in just a few seconds that would otherwise take years to complete. Stable photons could transfer information across the world instantly in a way that likely could never be hacked while in transit since any disturbance would destroy the data.

The quantum revolution might seem as if it has just transformed from a sleepy scientific theory into the sharpest of bleeding edges to the rest of the world. It’s even possible that the world is currently experiencing something of a quantum bubble that might blast anytime soon. In 2017, most of the quantum test loops were just dormant fiber-optic cables. Nobody had been able to get the quantum bits to process information in the same way classical computers reliably can. Today, over a dozen functioning quantum computers worldwide, a few of which any software developer can access via friendly services, i.e., Amazon Web Services account. The US committed over USD 1 billion in government funds to quantum information research within the last two years. Quantum computing startups have closed multiple venture funding rounds. IBM announced that it is forging ahead with plans to build a computer with over a million quantum bits, up from a maximum of almost 60 today.

Despite advances coming at a breakneck pace, most people working in quantum information science’s nascent field acknowledge that quantum states are not reliable yet or understood well enough to replace traditional computing and the internet. Some believe that no one will ever buy a phone with quantum bits instead of an Apple A12 Bionic and that quantum bits and other elementary particles will forever be relegated to scientific research.

Qubits have proven too fragile so far to function reliably in larger groups that effectively limit their ability to graduate from beta and accurately perform any computation a classical computer would.