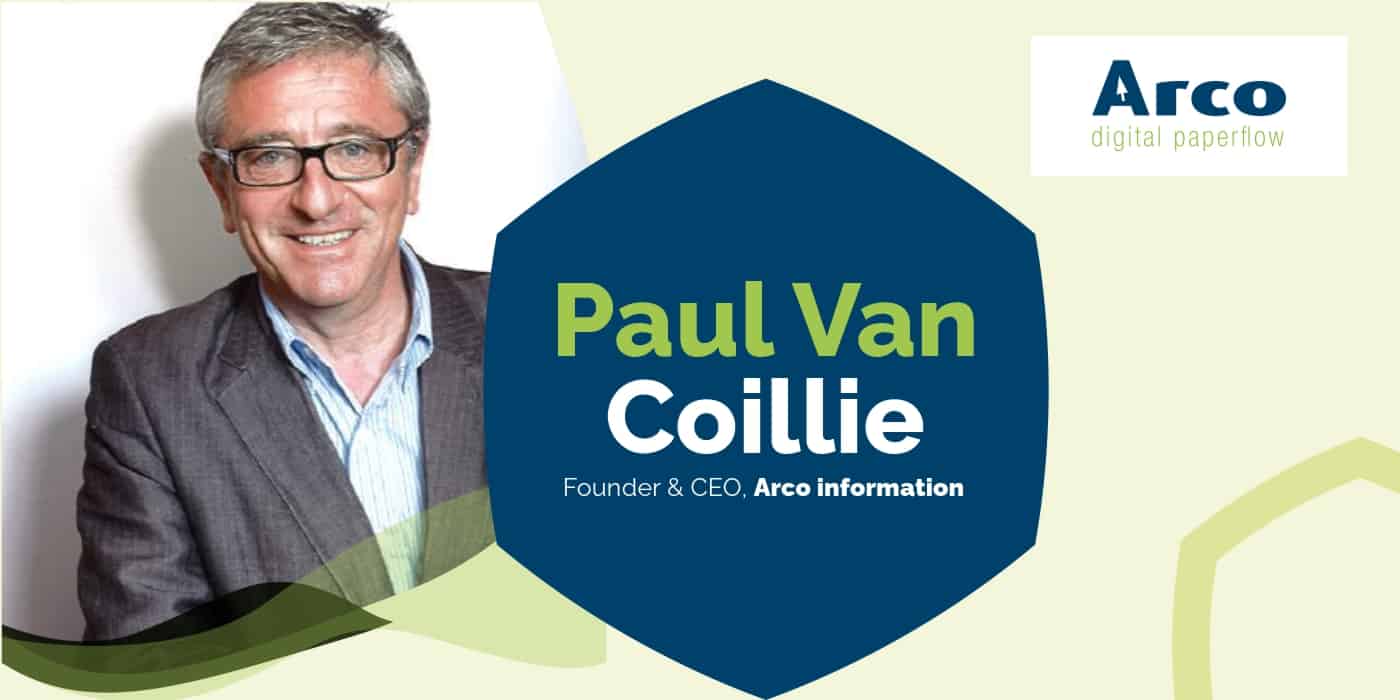 Arco Information deals with paper to digital transformation. The company automates processes and delivers them to the customers. It follows archiving guidelines and stores the documents digitally. Arco Information was established in Mechelen, Belgium, back in 1993. The company offers specialised services in document management and workflow, document scanning and recognition, accounts payable automation – supplier invoice processing, sending and receiving of E-invoices and E-documents, and legal and secure e-archiving.

A Glimpse of the Pre-Career Phase

Paul Van Coillie is the Founder and CEO of Arco Information. He graduated with Masters in Economics from the University in KU Leuven,  Belgium. Paul is originally from West-Flanders, where his parents were merchants and grandparents lived in there during WW1. After the war, the city was devastated. However, a lot of developments slowly took place like banks, patisseries, real estate companies, etc. to rebuild the city. As a kid, Paul always wanted to be in charge of his own destiny and run a global company. Paul believes that as a leader an individual should identify the qualities of his team, subordinates and help them achieve their goals.

A Liberal Leader Who Believes in Talent

Paul admits that he is a big fan of liberalism, however, being within the borders of global regulation, following minimal but correct government regulations and respecting every individual. Paul believes every person possesses a unique talent and therefore, tries to help them recognize it. He also adds that suppose one lacks a key talent required to finish a task, his peers must help him and do the work.

In the initial stages of his career, Paul reveals that he started from the lowest level of being a programmer, and learned the value of humility. Later, he moved up the ladder to the levels of project manager, manager, marketing, sales, and finance until Paul started his own company. Paul went from working in Caritas, a charity organization, to Vincotte, a control organization, worked for BULL where he became director in Wang Europe and then started on his own. Paul says that his company managed to get major deals at legal firms like Hydro Quebec and others. According to Paul, if one goes for it, they can win any battle in life, provided they are well-planned and prepared.

Paul recalls that he draws his inspiration from the likes of Bob Borgmeyer, legal counsel and the Vertical Director worldwide at Wang, Ken Olisa, currently Lord Chancellor for the UK, Churchill and Napoleon form the history, and Red Adair in business.

Paul reveals that he is inspired by no-nonsense approach, solution-oriented people who are not afraid to make their hands dirty, and not always have their military thoughts.

Paul believes that putting the customer first will make a difference in the industry. He confidently says, “Give added value to the customer and do not be afraid to go the extra mile. Identify what the customer will need tomorrow and provide it today, so that they can create a competitive advantage. It always works.”

Paul emphasizes that his company always tries to listen to the customers, understand what they need and deliver the products within the budget and timing.

Thrive to Leave a Mark

Paul shares that working for a large company is interesting, but a person cannot put his own stamp and they can move up only to a certain level. Further, he says that only when a person puts their own money on table, they can work in the way they want. He reiterates that authority and responsibility are one.

According to Paul, creating one’s own company is a constant fight for financing, finding the people who understand where you are going and make them work towards that goal is a challenge in itself.

Smart and Steady Wins the Race

Paul believes that every successful leader should possess some vital attributes wherein vision, self-esteem, and perseverance come first. He says that one should be a self-critic and at the same time, one should not take themselves too seriously because they will get out of the crisis alive anyway. Paul stresses on the fact that a person should never give up but admit it if they are wrong.

The next quality Paul considers crucial is the ability of being open to all ideas irrespective of age and culture as they allow people to learn every day, from multiple perspectives. He says that teamwork is important for budding leaders and they should work hard and smart to achieve success. He also advises that leaders should be able to make the difference between important things and details. Paul concludes that the leaders should show the way and lead, but it is the team that has to get the result because nobody wins alone. 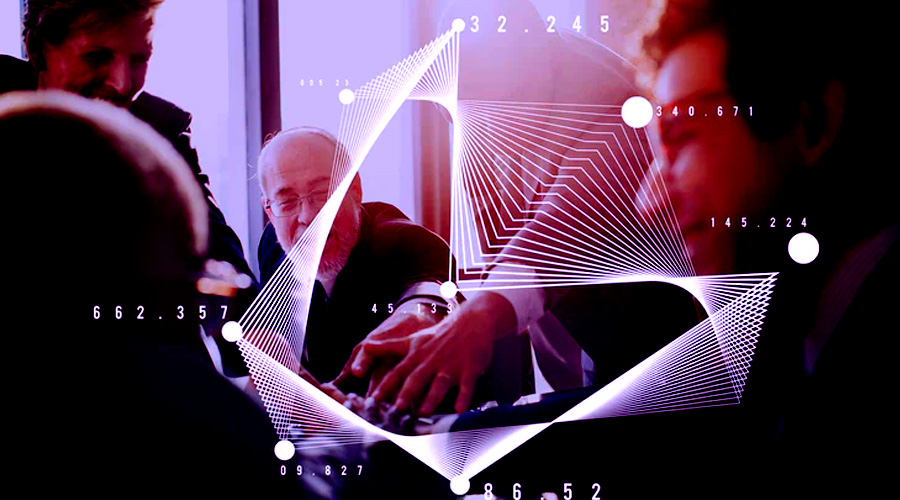 The Most Influential Business Leaders to Watch in 2022

Businesses, like civilizations, rise and fall with the times. Similarly, some leaders stay at the top for decades, while others fade away in a few years. However, the route to success is not effortless for great leaders, nor are they 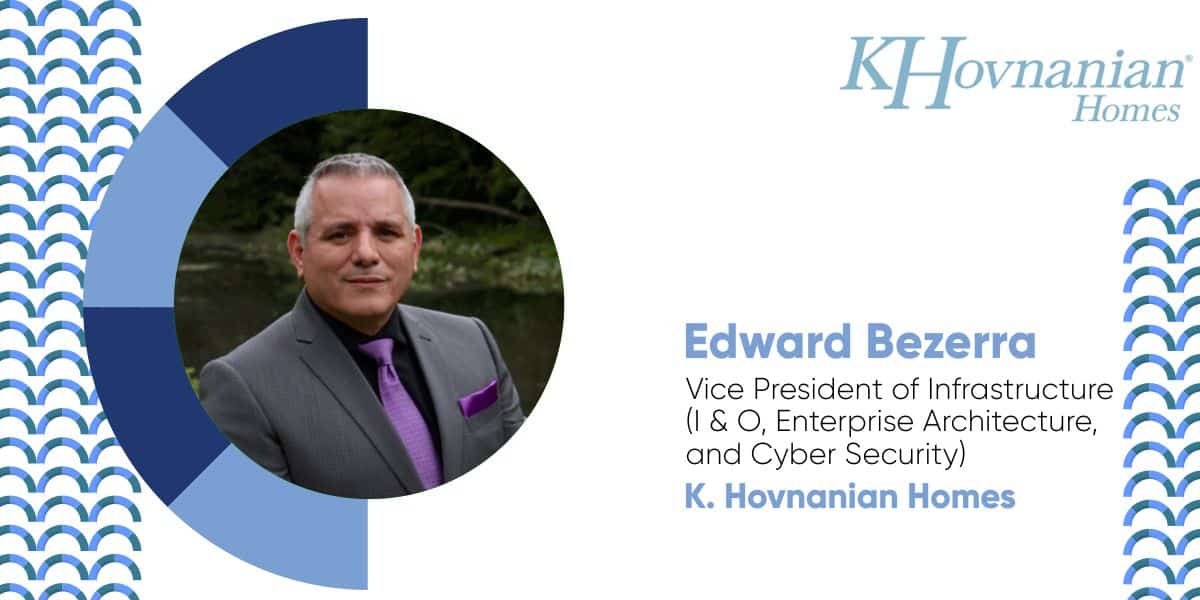 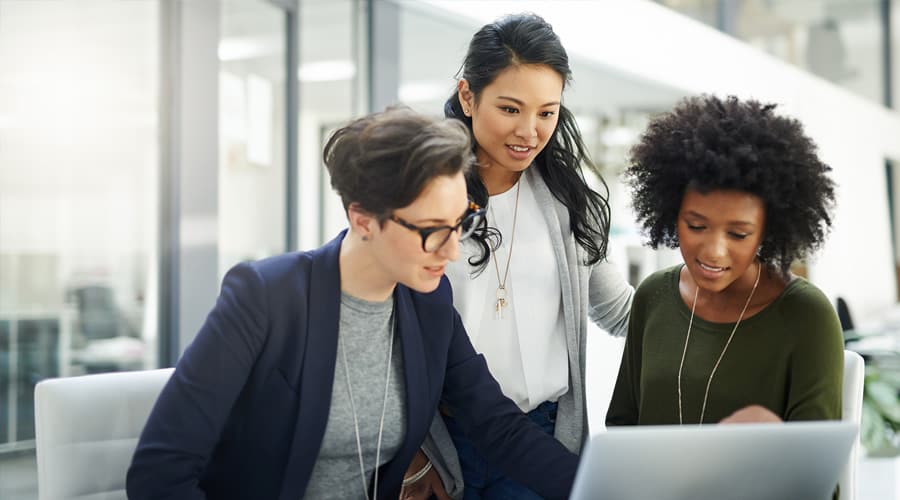 From Why To Why Not? Women In Tech Hold The Power

The technology industry is a male-dominated field, even though there are more women in the workforce today than ever. For some companies, hiring women in tech is just a PR stunt, and they don't have the opinion that they can