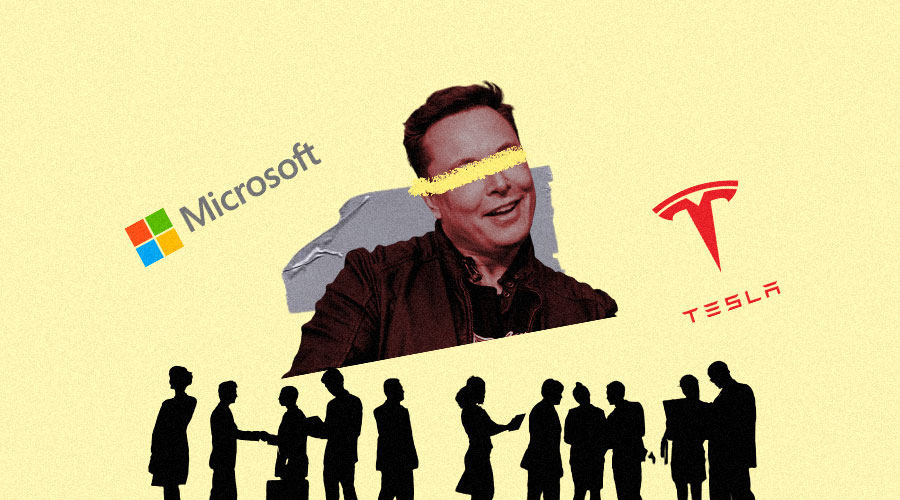 Musk is Going to Lose His Tesla Employees to Microsoft! Time to Rethink Decision?

Tesla employees can receive offers from Microsoft if they do not want to follow Musk’s new rules.

The global tech market realized that Microsoft is indirectly posing a threat to Musk about the recent rescue mission of Tesla employees who want to work from home instead of the office building of Tesla. Tiana Watts-Porter, Technical Recruiter of Microsoft, has recently posted on LinkedIn, one of the top professional platforms, that Bill Gates has provided the freedom and the option to choose any working mode that employees want. Microsoft is focused on the productivity of the company through work from home, work from the office, or hybrid formats— offered to employees. It does not matter to Bill Gates or Microsoft whether the employees are fully suited in their cabins or in the comfort of their homes.

Meanwhile, Elon Musk is in the headlines by announcing his full intention to put a stop to remote work and come back to the office premises. Musk considers that remote work is providing more opportunities for a series of leaked emails as well as subsequent tweets that are disturbing the essence of the brand name. It has been pointed out that Tesla workers should work a minimum of 40 hours which is less than what all kinds of manufacturing employees are always expected to finish their work.

Tesla employees are being ordered to either choose work from the office or can leave the organization. There was also an email issued by Elon Musk to all Tesla employees for stopping all recruitments at the global level. Musk needed to reduce the workforce by 10% and mentioned that the more senior one is, the more visible must the presence in Tesla buildings. He has observed that Chinese Tesla employees are working very hard while American Tesla employees are sluggish. Nevertheless, multiple Tesla employees in Shanghai have been working for months in 12-hour shifts, six days per week.

The global tech market is speculating that the plan of Elon Musk is to extract more and better work out of his Tesla employees. But the reality will be totally different— bad for both his employees and the business of the brand. This may hurt some of the Tesla employees whose preference includes flexibility. Here, comes the strategic entry of Bill Gates and his Microsoft. Microsoft is ready to recruit whoever is interested to join the company from Tesla to utilize the work from home mode efficiently and effectively for their own purposes. Productivity is the key element in a business rather than the place of work.