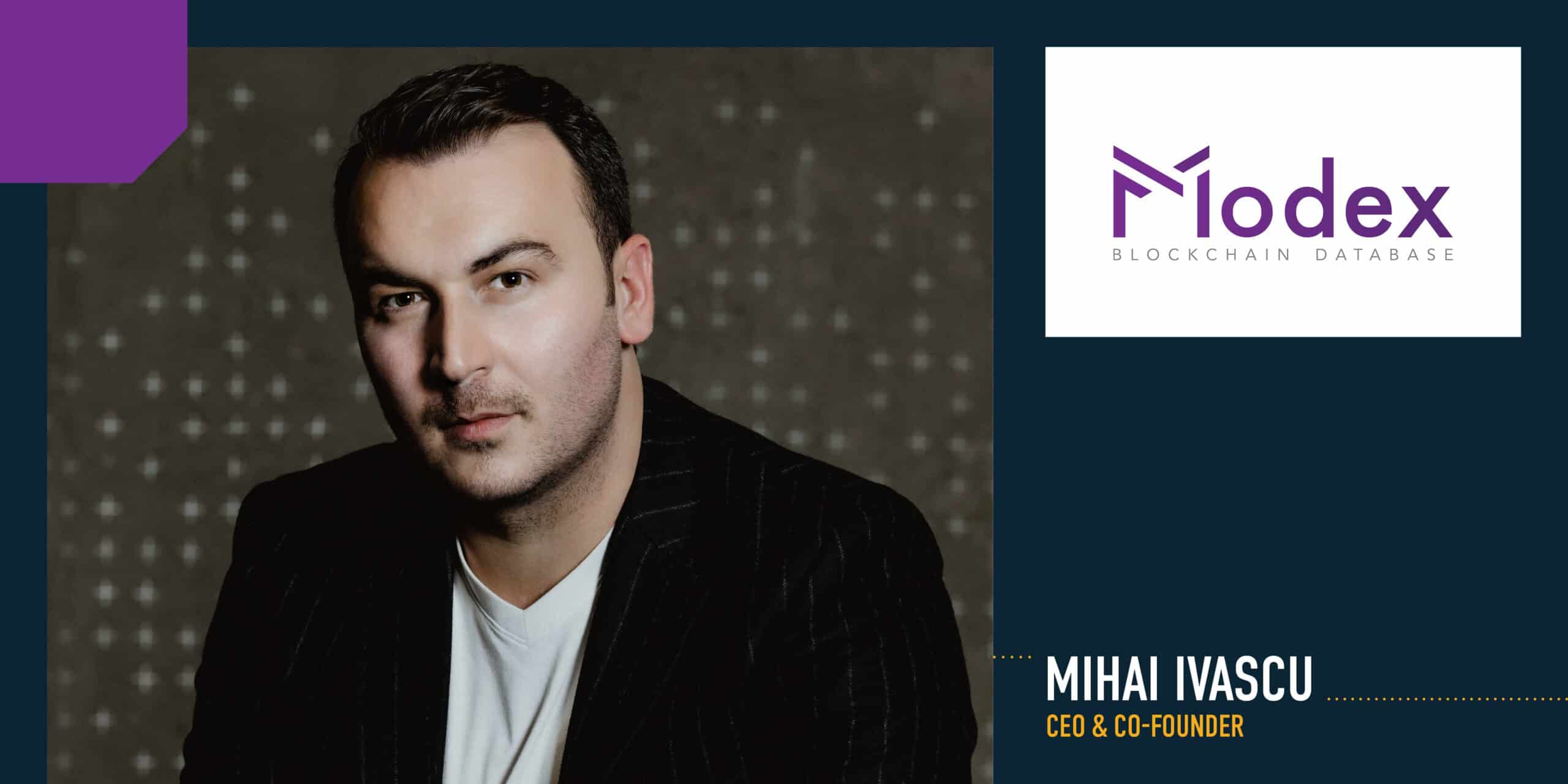 As a software development company specialized in delivering cutting-edge solutions that make blockchain technology affordable, Modex is offering a new level of trust and cyber protection for the all-important data and storage mechanisms that define an enterprise engaged in the digital society.

Speaking of blockchain, the transition to a new tech infrastructure involves a wide range of procedures and processes that need to be followed to ensure a smooth data migration without endangering information records. Modex’s hybrid remote data storage system enables rapid blockchain adoption for enterprise software development and deployment.

To mitigate the dangers posed by poor data management, the company offers a full suite of services that target each segment of the transition process, all wrapped in a single package that represents Modex’s latest solution, Modex BCDB (Blockchain Database). When it comes to technology, blockchain is somewhat viewed as the new kid on the block, as a result, most companies and people have a limited understanding of its true potential.

To remedy this issue, the company has created a full-fledged blockchain ecosystem where people can access and benefit from a smart contract marketplace, a Dev Tools environment that comes with an extensive toolkit developed in house by Modex that includes all the necessary instruments required for blockchain development. The company’s ecosystem has an Academy module that helps the uninitiated take their first steps into the exciting world of blockchain, regardless if they have a technical background or not.

But the true technological arsenal in the company’s is the BCDB (Blockchain Database) solution, a patented hybrid middleware blockchain-database.

Mihai Ivascu is the CEO and Co-founder of Modex. The company started to take shape in an interesting period for blockchain technology when everything revolved around the tremendous hype around Bitcoin and cryptocurrency. At that time, Mihai and Modex’s CTO Alin Iftemi saw the true potential behind blockchain technology, understanding that cryptocurrency was only a small application from a sea of opportunity. Driven by an inquisitive spirit and their desire to demonstrate to the tech industry that blockchain can be applied across industries and enterprises, Mihai and Alin put together a small team of developers that grew in the span of three years to over 100 people.

Creating access to Blockchain with education and community tools

Modex strongly believes that blockchain technology will play an integral role in shaping a better future. Since its inception, the company has positioned itself as a blockchain enabler, one of the first companies to promote the widespread adoption of the technology into all aspects of life. That’s why the global company is investing in education and tech communities from all around the globe, offering the necessary blockchain development tools for free. It is a well-known fact, that Modex initially set the foundation for the first smart contract marketplace in the world, where companies could come in contact with developers from all over the world to request and purchase smart contract solutions tailored for their business needs.

After analyzing the feedback from the developer community, Modex realized that the tools required for blockchain development were inadequate and highly fragmented. This led to the creation of the Modex’s Community ecosystem where developers can access an extensive blockchain development toolkit (IDE for Solidity – the go-to language for smart contract development, Block Explorer, and GIT Platform) created by the Modex team following the feedback received from the community.

Modex Academy was created as a learning hub for people who wanted to expand their horizons and learn more about this technology. A separate section is dedicated to developers who want to make the transition to blockchain development. Currently, the company’s latest solution is the Modex Blockchain Database (BCDB) that enables enterprises to tap into the potential of blockchain technology. Modex’s approach has changed slightly as the company has matured in its journey to include a wider area and multiple vectors to propagate adoption, but the end goal has always been the same.

Plug and Play with Uipath’s RPA

Modex is working towards spearheading the adoption of one of the most innovative technologies present on the market, and it’s doing this with a non-technical approach. The Modex BCDB middleware is designed to be used as easy as an API, so it can be implemented without sophisticated knowledge. Indeed, widespread adoption is directly linked with the expansive number of use cases compatible with blockchain technology, so the company is researching and developing methods to combine blockchain with other innovative technologies. In Modex’s most recent partnership with UiPath, a leader in the robotic process automation (RPA) field, the company pushed the boundaries of innovation even further by combining its BCDB solution with UiPath’s RPA systems to provide immutability to the activity logs of software robots. Designed as a plug and play logs module for the UiPath Orchestrator, Modex BCDB is a custom, efficient, and easy to adopt alternative for immutable and secure RPA activity tracking that seamlessly aligns with the needs of companies that implement the UiPath Orchestrator to set a foundation for customer success.

The EConsultare platform also represents a breakthrough for Modex as the company got to work at the highest level to pave the way towards e-government in Romania, creating an e-voting platform to be used by the Romanian government.

Because of the increasing demand for automation, Robotic Process Automation has emerged as a technology that allows anyone to configure computer software to emulate the actions of a human and replace repetitive and time-consuming operations from a company’s business flow. With the ability to capture, analyze, and process vast amounts of data, security becomes a major concern regarding the collected information as well as the robot activity logs. Blockchain seems to hold an answer to these security concerns. In an RPA context, log immutability significantly reduces overhead, streamlines operations, and unlocks new values.

Modex BCDB improves the security of the data collected and manipulated by software robots. For example, once data passes through the Modex BCDB solution, beneficiaries can rest assured that their information can never be tampered with.

Besides immutability, the integration of Modex BCDB with the UiPath Orchestrator streamlines log access security by introducing permission-based policies and advanced encryption. Using blockchain technology, Modex’s cutting-edge solution provides the right alternative for data security and data protection against ransomware effects, as well as the right argument for data integrity against any possible litigation.

Innovating New Technology with Pre-existing Ones

Modex states that technology doesn’t exist in a vacuum. The company thinks that innovation propagates more innovation in the tech industry. It sets in motion an unstoppable chain of events that leads to the discovery of new technologies or the application of existing technologies in new and out of the box ways. Blockchain, for example, represents the amalgamation of preexisting technologies and concepts to form a new type of technology that far surpasses the capabilities of its composing elements. This will most likely be the case for AI, Big Data, IoT, cloud infrastructures, and blockchain. The company states that if enterprises and businesses understand how to make these technologies complement each other, the industry will unlock the next evolutionary steps in the technology ladder.

According to Mihai Ivascu, one of the biggest obstacles Modex has encountered is the misconception that people still have when it comes to blockchain. Most of the time when the company engages in discussions with new clients and potential partners, they immediately presume that since Modex is focused on blockchain, it is a cryptocurrency company. Despite this, it gives the company a sense of pride when it shatters the clients’ initial expectations and demonstrates that blockchain offers more than what they initially thought.

Modex’s effort in the blockchain space hasn’t gone unnoticed. Since its inception, the company has won a considerable number of awards: Best Blockchain Startup from How to Web, Seal of Excellence from Horizon 2020, and Best Blockchain Startup at the Central European Startup Awards. Modex has also received certifications from MITx and the Linux Foundation. Beyond the awards and certifications, Modex was also featured in many distinguished publications: The Financial Times, Reuters, CNN, CNBC, Business Insider, Bloomberg, The Technology Headlines, The Cointelegraph, and Yahoo News.

Mihai believes the industry has changed drastically over the past three years, and the company will follow the same trend of distancing itself from crypto-related use cases. He believes that people are becoming more aware of blockchain’s potential, as a result, blockchain as a service is steadily taking ground in the enterprise sector.

Mihai further adds that the problem with this approach is that it usually involves a complete infrastructure overhaul, a process that unfolds over an extended period, while also attracting significant costs and security risks. As an early player in the blockchain space, the company has been analyzing the pulse of the market since the beginning. This has enabled Modex to formulate its unique strategy and approach to blockchain adoption that is perfectly illustrated by the Modex BCDB solution. The company also promotes a plug and play approach to the blockchain industry that does not require a complete infrastructure overhaul from the customer. By positioning its BCDB solution between a client’s existing software application and database engine, Modex adds a blockchain backend that augments their architecture without compromising the original structure. 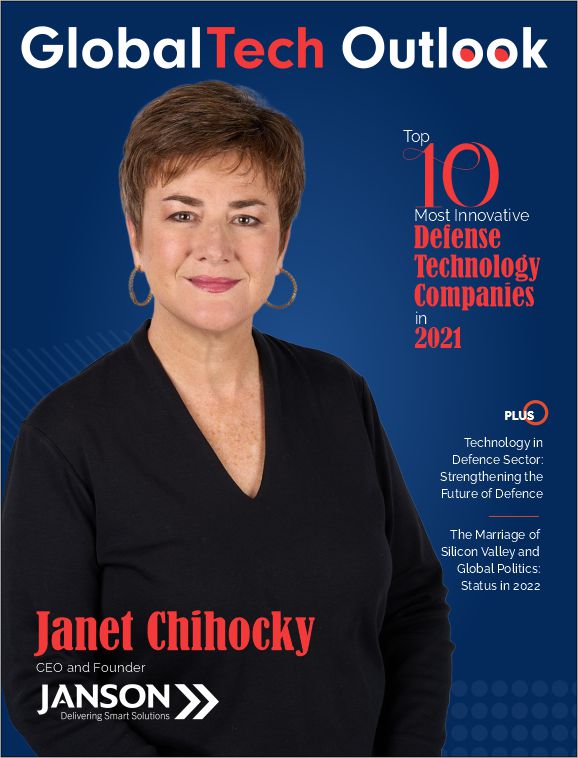 The 10 Most Innovative Defense Technology Companies in 2022

JANSON: When Smart Solutions Meet the Need of the Communication Industry

Using technology in communication has become a necessity now. As time passes, more technology-centered companies are innovating solutions that will facilitate enhanced and agile communications to motivate and inspires people. Realizing this need, JANSON is creating revolutionary solutions to redefine 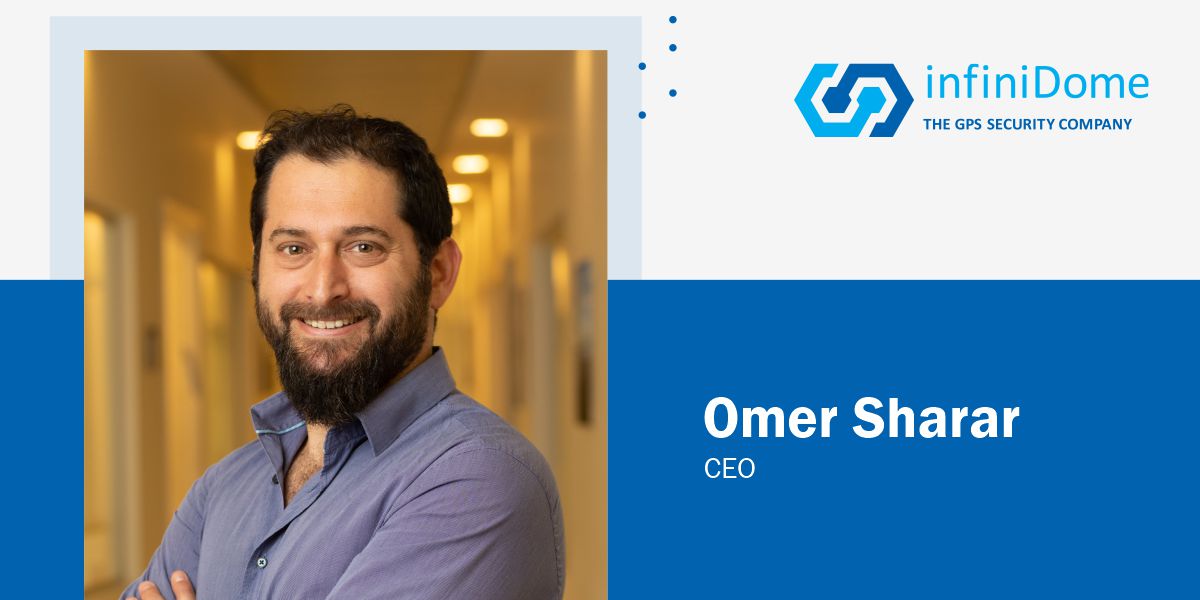