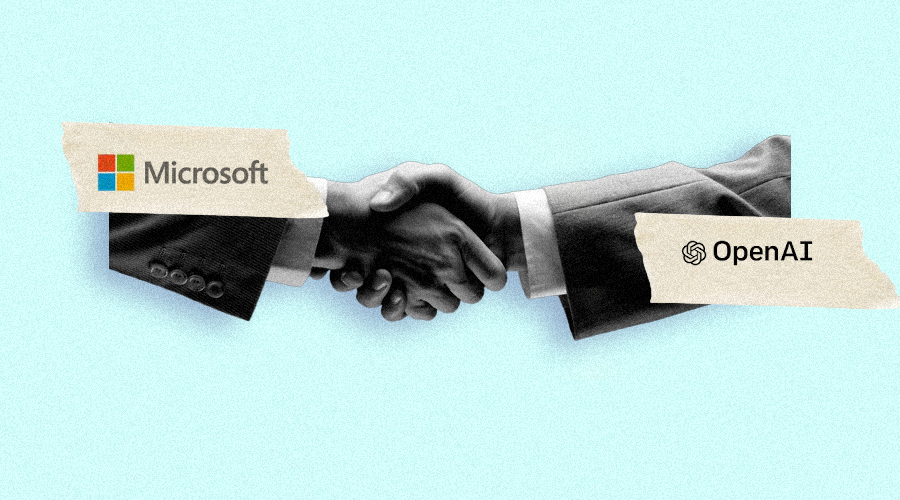 Microsoft, a major player in technology, has said it will make a “multi-year and multi-billion investment” to continue its collaboration with AI start-up OpenAI. Just a few days ago, Microsoft made the choice to lay off 5% of its workers. Now, it has committed to funding the development of AI technology. Microsoft’s long-term partnership with OpenAI is expected to take AI innovations to the next level.

Microsoft’s long-term partnership with OpenAI aims to make AI more accessible for each and all. Microsoft has three strategies in mind to accomplish this goal. To speed up OpenAI’s research, Microsoft will first devote greater resources to building and deploying specialized supercomputers. Second, Microsoft intends to incorporate OpenAI’s models into its consumer and business products as well as create fresh digital experiences with its help. Next, Microsoft Azure, the company’s sole cloud provider, will power all OpenAI workloads. Microsoft has been separately striving to make Azure an AI supercomputer for everyone since its introduction in 2016. By working together, Microsoft and OpenAI can move that goal one step closer to reality.

Microsoft and OpenAI Partnership for AI development was formed only a few weeks after it was supposedly planned for Microsoft to spend substantial sums of money on OpenAI, the firm behind well-known AI technologies like ChatGPT and DALL-E 2. This is now Microsoft’s third investment in the business. Microsoft invested in OpenAI for the first time in 2019 and 2021. The reports state that since the first financing, it has “quietly” invested an additional US$2 billion. Microsoft’s investment in OpenAI is unknown in terms of the dollar amount. According to an unsubstantiated rumor, Microsoft will purportedly invest $10 billion over “a number of years.”

One of the most cutting-edge natural language processing models to date, GPT-3, was created as a result of the collaboration between Microsoft and OpenAI. The tech giant with its long-term partnership with OpenAI will be able to keep pushing the limits of what artificial intelligence is capable of. In a tweet, Microsoft CEO Satay Nadella says the company will continue its mission “safely and responsibly”. Interestingly, despite speculations that the Microsoft Bing search engine will soon be improved with chatbot capabilities, maybe as early as March, there was no mention of it in the statement. Microsoft reportedly intended to incorporate OpenAI’s technologies into its current software. Microsoft’s official statement from today attests to the truth of this. This lends credence to the idea that ChatGPT could soon be used by Bing to deliver search results.

The recent announcement that Google co-founders Larry Page and Sergey Brin have given the go-ahead for the integration of chatbot technology into Google has sparked competition among businesses to be the first to market with this feature.