Home  /  Latest News   /  Metaverse is Facing Similar Problems like the Real World, Including Over-Population and Rapes 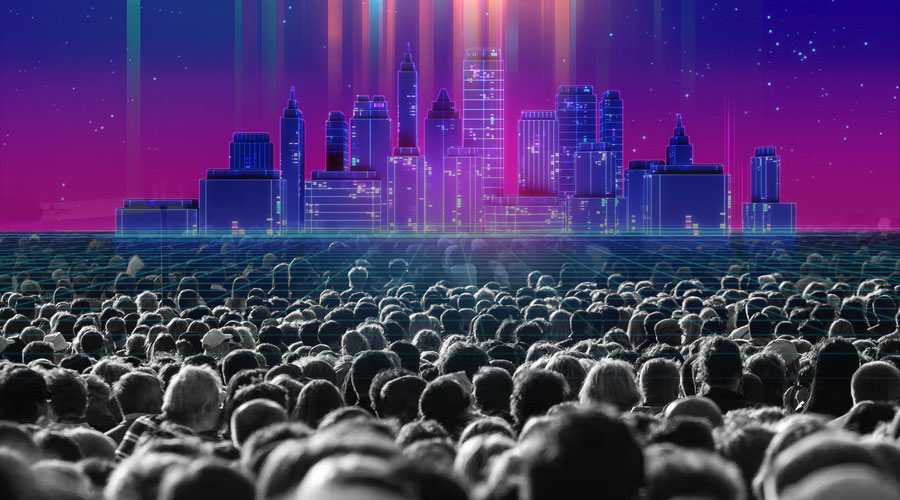 Metaverse is Facing Similar Problems like the Real World, Including Over-Population and Rapes

After putting on the VR headset for the first time, one researcher studying Meta titular metaverse was “virtually raped” in less than an hour. Following days of witnessing and experiencing rampant conspiracy theories, sexual harassment, racism, and homophobia, the authors of a recent report concluded that the tech giant, Meta is completely unprepared to realize its dream of creating a shared online space for its millions of users.

Meta, formerly Facebook, is a social media-focused company, attempting to define what it means to be online in a virtual environment. The group also documented how, like Meta, VR platforms have grown to over 300,000 users, Meta’s flagship metaverse product, Horizon Worlds is already hosting the worst kinds of racist and misogynist caricatures on the internet. Even included a link to a video (trigger warning for sexual assault mention) of when users led a researcher into a room and proceeded to hump their avatar-torsos back and forth while another user attempted to pass around a vodka bottle.

Meta is facing lawsuits from several other major corporations on a variety of other issues, but this report provides plenty of evidence for how little moderation occurs within Horizon’s play space. The researchers for the report were apparently stalked around different worlds in the Meta-owned product. There were fake drugs on the tables, and users were constantly calling each other racist and homophobic slurs.

Meta is pushing forward with the metaverse with no clear plan for how it will combat harmful content and behavior, misinformation, and hate speech. Not only does the company recognize that content moderation is a problem, but it also lacks a specific plan for addressing it. Meta’s metaverse explicitly promises to inhabit a digital realm and interact with people as if they were all physically present. Although online harassment is nothing new, explicit content of that nature becomes more visceral once you put on the goggles designed to make you feel like you exist in the space.

The watchdog group also cited several other cases in which female avatar users reported sexual assaults, including one in which a male user claimed he recorded a female player’s voice to “jerk off” to. Meta introduced a “personal boundary” feature that prevents other avatars from approaching another player’s body too closely. Other virtual chatrooms, such as VR Chat have similar features, avatars were constantly asked to remove personal boundary settings creating a very disorienting and even disturbing physical experience during this virtual assault.

They want everyone using products to have a good experience and easily find the tools that can help in situations like these, so they can investigate and take action. Though Horizon Worlds provides parental controls and the ability to mute other users, the platform remains a major issue for many young users, especially since researchers observed other avatars encouraging people to disable safety features.

Although the app is technically for 18+, current users report that the platform is already crowded with underage users. In contrast to social media platforms, which can use systems to monitor written content or even videos, current virtual reality chat rooms rely on individual users to report inappropriate behavior.

Current self-styled “metaverses,” such as the kid-focused Roblox, have demonstrated how difficult it is to control bad player behavior. Avatars as young as 7 have been sexually assaulted by other players in the past. Horizon Worlds is said to have in-game moderators to enforce rules, but according to the report, players said there aren’t nearly enough of them. And it’s not just an issue with the Meta platform. VR Chat has hosted disturbing content on a platform easily accessible to young children who know how to fake birth dates.

But, more than just tech executives slamming competitors, the comments highlight how much ambiguity still exists around the concept of a shared digital space. Meta global affairs head, asking Meta to record player speech in order to moderate content is akin to asking a bartender to listen in on conversations and silence things they don’t like. Instead, the company intends to concentrate on AI-powered systems that assist in responding to user reports.

However, Meta is critical about the fact that if anyone is going to steer the metaverse ship, it better not be Meta. Metaverse has repeatedly demonstrated its inability to adequately monitor and respond to harmful content on Facebook, Instagram, and WhatsApp is no surprise that it is already failing on the metaverse.