Home  /  Artificial Intelligence   /  It’s China vs Europe Now! Only the Country with the Best AI Protocols will Reign 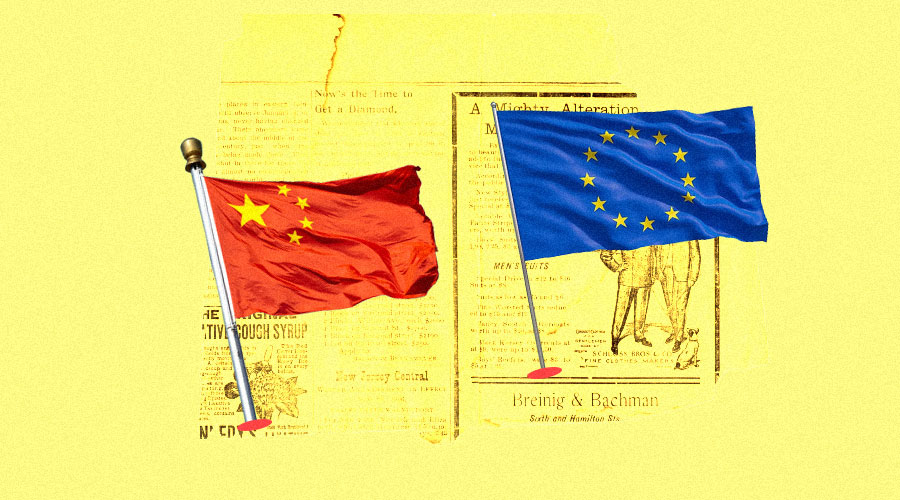 It’s China vs Europe Now! Only the Country with the Best AI Protocols will Reign

The global tech market is already aware of the competitive artificial intelligence race or AI race among top technologically advanced countries. There are motivations for these countries to drive profit with sufficient productivity as well as automation. Government agencies have recognized the power of cutting-edge technologies like artificial intelligence and decided to invest time and millions of dollars in it. Thus, AI regulations and AI protocols are in high demand in places such as China and Europe (European Union). China and Europe are driving each other to work on the AI regulations to be number one in the AI race. It is essential to control artificial intelligence through AI protocols for tightening the power in the global tech market.

On one hand, China has started drafting its AI regulations and put the agendas of AI protocols on the regulatory agenda in 2021. On the other hand, Europe or the European Union has started struggling with its own framework for AI regulations. It can be seen that the world’s two largest economies are determined to present AI regulations to be on the top of the artificial intelligence race. It is speculated that there will be a dramatic shift in the development of artificial intelligence models through the official announcements of AI protocols from China and Europe.

Tech experts are reporting that the other countries must look out for China for its large-scale experiments on artificial intelligence models. Meanwhile, Europe has recently worked on the Digital Markets Act and the Digital Services Act that aim at restricting Big Tech. France has recently proposed the new powers for national institutes to audit artificial intelligence products and models before launching for general public use.

China has already rolled out some of the AI regulations that support the governing of managing online recommendations generated through artificial intelligence algorithms and suggesting to users what to play, read, watch, or buy at the next moment. The AI protocol also mentions that a company must inform users about the artificial intelligence algorithm that would be used to display this relevant information to them— some of the users can opt out of this system. Thus, Europe has also decided to work on AI developments and business globally to rein through AI regulations. The European AI law is seeking to impose an all-encompassing framework based on the risk level with four categories of risk in artificial intelligence such as minimal, limited, high, as well as unacceptable.

Thus, it is the competition between China and Europe to produce the best AI protocol or suitable AI regulations for companies to hold the reign of artificial intelligence in the AI race in the nearby future.