Home  /  cryptocurrency   /  Investors are Now Rooting for Cardano! It Might Become the Next Altcoin King 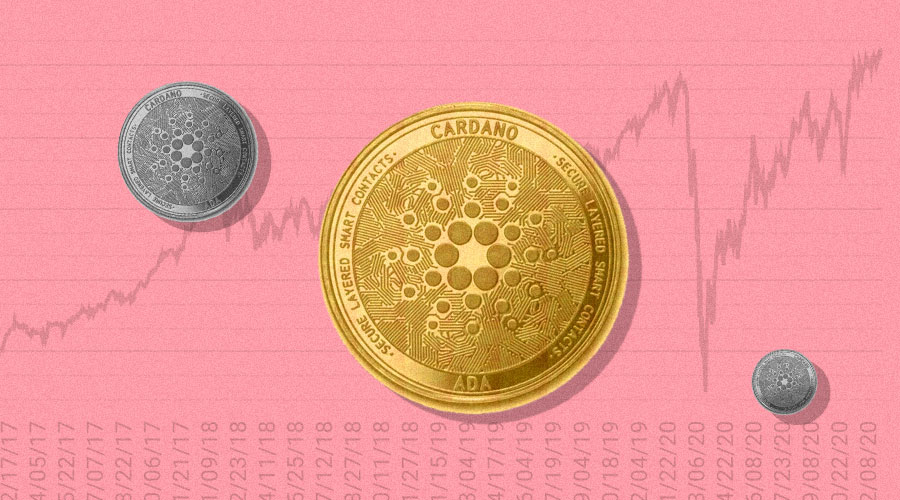 Investors are Now Rooting for Cardano! It Might Become the Next Altcoin King

Cardano is shining over the crypto market as the next best altcoin.

The crypto market added some 4.4% to its overall capitalization in the past few days as Bitcoin (BTC) saw signs of bottoming out and traditional markets showed strength at the start of this week. Bitcoin regained the US$31,000 level in U.S. hours on Monday after nine weeks of losses. That move came amid a relief rally in Asian markets, and technical data suggesting due to which the asset may have bottomed out between the US$29,000 to US$30,000 range. Cardano’s ADA token led gains among crypto majors with a 17% rise to trade over 64 cents on Tuesday. Fundamental catalysts include a rise in the issuance of native assets on the network – over five million assets have now been minted on Cardano, data shows – and the upcoming Vasil hard fork, a network upgrade expected in June that would increase scaling capabilities.

Price charts suggest that the ADA token saw support at the 45 cents level. Readings on the Relative Strength Index (RSI) – a tool used by traders to calculate the magnitude of an asset’s price move – fell to nearly 33 earlier this week, which suggested early signs of ADA bottoming out. However, the token could see strong resistance at the 80 cents mark. Ether (ETH) added 5.8% even as gas fees fell to lows. A fall in fees usually implies falling demand for the network, suggesting the move may have been led by traders betting on a market-wide revival instead of being driven by fundamental growth. XRP rose 5%. Avalanche’s AVAX and Solana’s SOL added up to 4%. Meme coins Dogecoin (DOGE) and Shiba Inu (SHIB) saw limited gains, rising just 3.8% and 2.3% respectively, and they continue to underperform in the broader market.

Elsewhere, metaverse tokens saw a bump in prices. Axie Infinity’s AXS rose 46%, while The Sandbox’s SAND rose 11%. Growth in AXS came weeks after the game’s “Origin” version was launched in April, which created a demand for the tokens. The relief in crypto markets comes amid optimism in Asian markets. Coronavirus cases in China dropped to under 100 for the first time since early March, spurring an increase in sentiment among traders betting on a wider economic recovery. The rally in Asia continued on Tuesday. Hong Kong’s Hang Seng and China’s Shanghai Composite added over 0.70% since the session’s start, while futures on U.S. tech-heavy Nasdaq 100 gained 0.63%.

The Origin of Cardano

Cardano is an open-source, smart-contract platform that aims to provide multiple features through layered design. Its modularization will eventually allow for network delegation, sidechains, and light client data structures. Cardano uses a version of Proof-of-Stake (PoS) called Ouroboros to secure the network and manage the block production process. The network features a native token called ADA that gives stakes a claim on new issuance in proportion to their holdings and allows users to pay for transactions. Cardano is backed by three entities: IOHK, The Cardano Foundation, and Emurgo. IOHK is a blockchain research and development company founded by Charles Hoskinson and Jeremy Wood that is contracted to work on Cardano from 2015 through 2020. The Cardano Foundation is a non-profit organization focused on core development and ecosystem growth for Cardano.