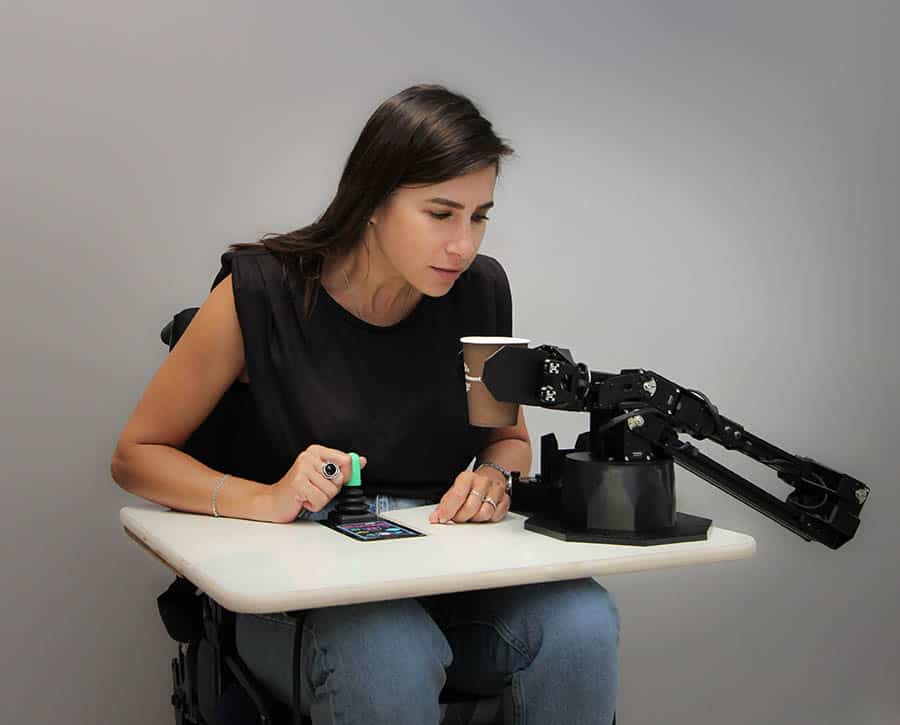 Last month, tech firms Intel and Accenture announced their collaboration with ALYN Hospital in Jerusalem. Together they are focusing on building a robotic arm to help patients who use wheelchairs to perform daily tasks, using funding and technology support from Accenture, as well as Intel’s neuromorphic technology and algorithmic support from Canadian firm  Applied Brain Research (ABR). Under the Intel Neuromorphic Research Community (INRC) project led by the Neuro-Biomorphic Engineering Lab at the Open University of Israel, are attempting to develop a neural network model through which patients with spinal injuries can control the device. After finalizing the neuromorphic computing for controlling the robotic arm, the device will undergo a clinical evaluation and testing with children who rely on electric wheelchairs at ALYN Hospital, which is also Israel’s most advanced pediatric and adolescent rehabilitation center.

What is Neuromorphic Computing?

Neurocomputing is an emerging computing technology that is concerned with non-programmed adaptive information processing systems (neural networks) used to develop associations (transformations or mappings) between objects in response to their environment. And neuromorphic computing is the next generation of AI, which comprises the production and use of neural networks as analog or digital copies on electronic circuits.

The project employs Loihi, Intel’s fifth-generation neuromorphic chip. This 14-nanometer chip has a 60-millimeter die size and contains over 2 billion transistors, as well as three managing Lakemont cores for orchestration. Moreover, it includes a programmable microcode engine for on-chip training of asynchronous spiking neural networks (SNNs). Total, it has 128 cores packs. Each core has a built-in learning module and a capacity of around 131,000 computational “neurons” that communicate with one another, allowing the chip to understand stimuli.

Researchers plan to use Loihi to address the problem of high power consumption of previous versions of robotic arms and highly specialized, expensive parts used in the construction of the components. Since Loihi operates up to a thousand times more efficiently than standard processors, it has a higher advantage when it comes to energy costs and inconveniences. Besides, the researchers have also discovered that there are fewer errors in complex path navigation while pairing neuromorphic chips with the recurrent error-driven adaptive control hierarchy (REACH) algorithm upon which they are building this system. Furthermore, Loihi excels at constraint satisfaction problems that warrant evaluating a large number of potential solutions to identify the one or few that satisfy specific constraints.

In its newsroom blog, Intel mentions that approximately 75 million people in the world require a wheelchair for mobility. People with upper extremity impairments due to neuromuscular or spinal cord injuries, it is difficult to carry even the most basic tasks – like drinking from a cup or eating with a spoon.

Now, thanks to this initiative, patients can do the necessary tasks by being less reliant on their caregivers.  Studies have suggested that wheelchair-mounted robotic arms provide an increased sense of independence for users and that these tools can reduce the need for caregiver time by up to 41 percent. Wheelchair users will be able to independently control the robotic arm and witness a 50 percent fewer errors and a 48 percent improvement in energy efficiency over traditional control methods. Also, thanks to the cheaper costs of neuromorphic chips, more patients will be able to afford it (Kinova’s Jaco, for example, costs US$35,000.)

“This research project is a powerful demonstration of the impact that neuromorphic computing can have on the development of affordable, intelligent assistive devices. Making these devices accessible, particularly to such young patients, can have a profound impact on their independence, improving the way they live,” said Edy Liongosari, Technology Innovation growth and strategy lead and chief research scientist at Accenture.

For more information, you can read here. 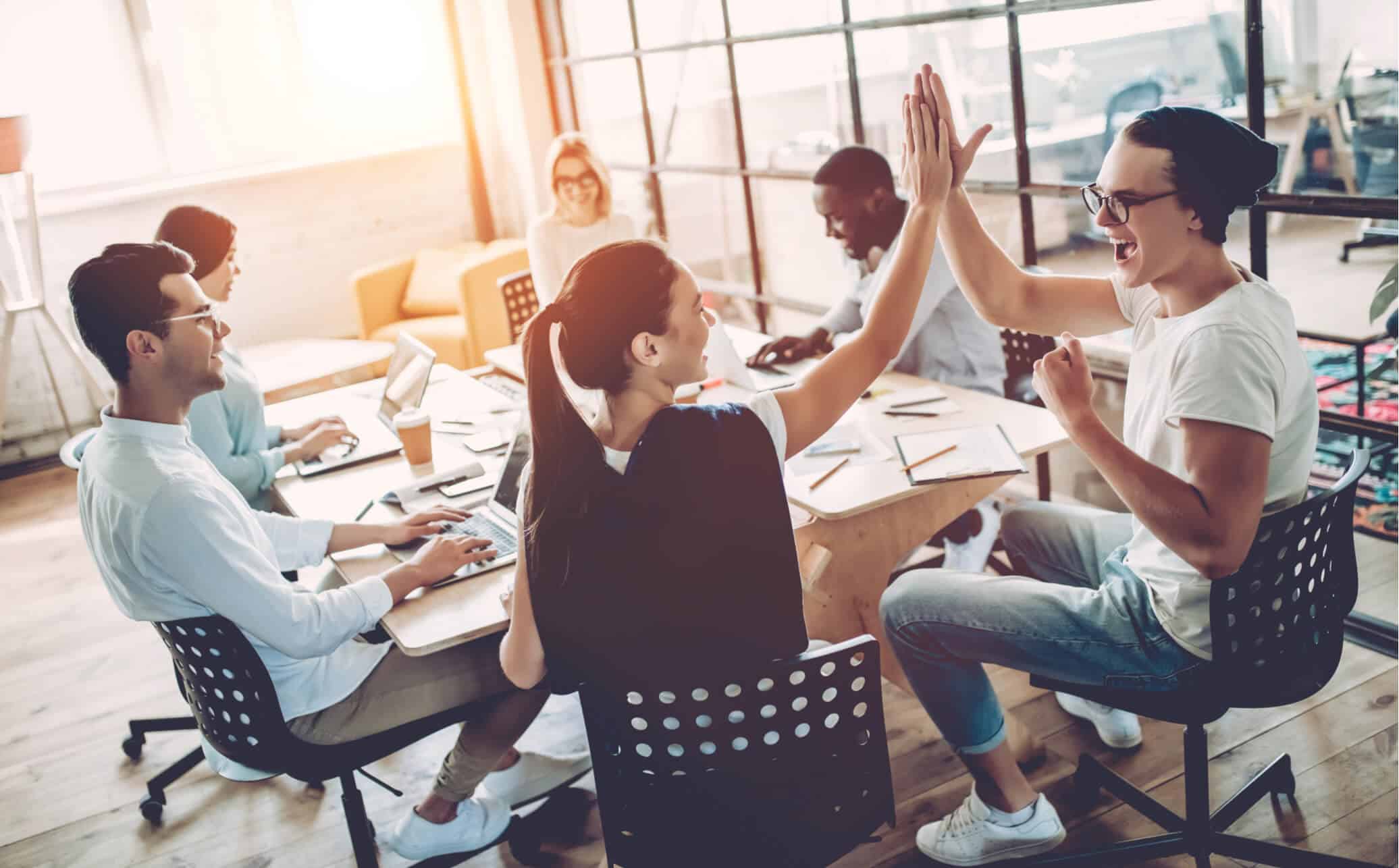 It is no brainer that pandemic has given a major blow to the industrial sector. With massive lockdown measures, social distancing protocols, several companies were forced to pause their operations. However, this resulted in a sudden spike of unemployment, the 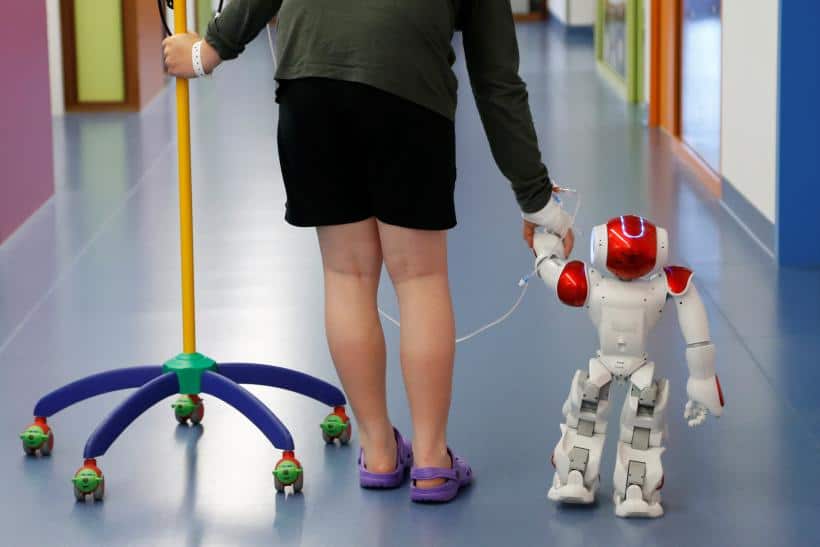 Can Robots be used to address the Social Challenges of the World?   The hype and hysteria of robots are everywhere. Every day we read numerous articles about how theycan simplify our lives while stealing our jobs or may someday be a 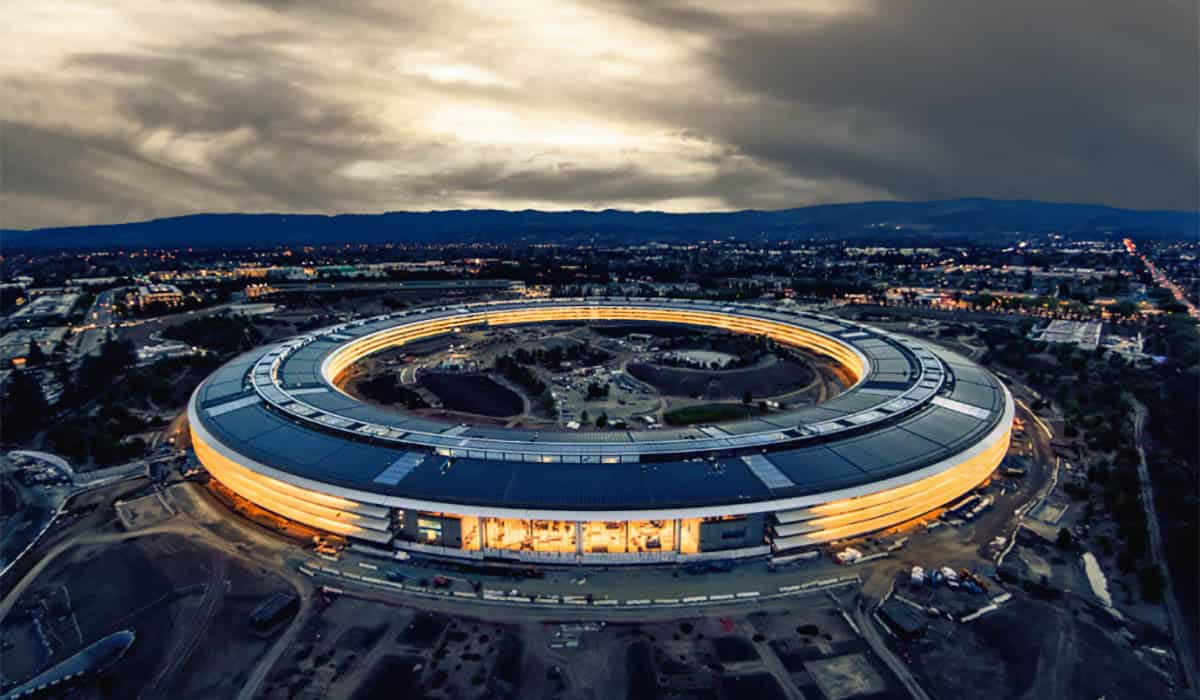 Game developers believe that AR will be the dominant immersive technology   Apple is well known for its quiet moves. The company has made the world believe in the secret more when it acquired Spaces, a developer of location-based VR experience that recently