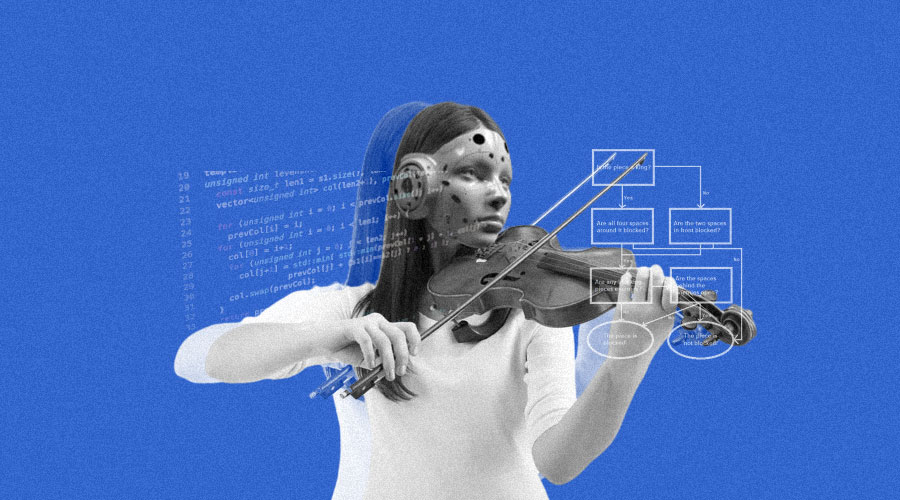 Innovating a Robotic Violinist will Not Bring AI Close to ‘Sentience’

You might encounter violin-playing robots, but AI sentience is far from reality

It was quite intriguing when a Google worker had been suspended after he stated that an AI application developed by the tech giant had attained ‘Sentience’. Years ago, in Japan, we came across a similar, but more typical, encounter. In the case of the Google project, the engineer actually released transcripts of conversations with the AI, dubbed LaMDA (Language Model for Dialogue Applications), in which it appears to express fears of being turned off, talks about how happy and sad it feels, and attempts to form bonds with humans by mentioning situations that it could never have actually experienced.

In reality, Japan boasts the world’s biggest number of industrial robots. The country has been able to significantly cut its high labor expenses over the years because of its high-tech infrastructure and improvements in automation.

Tech firms are constantly extolling the virtues of their ever-improving artificial intelligence. However, Google was quick to dismiss claims that one of its programs had advanced to the point of becoming sentient. One Google engineer stated that after hundreds of interactions with a cutting-edge AI system called LaMDA, he started to believe that the program had achieved a level of consciousness. Many in the AI community disputed the engineer’s claims in interviews and public statements, meanwhile, others pointed out that his story demonstrates how technology can lead people to attribute human characteristics to it. However, the belief that Google has cracked the AI Sentience code highlights both our fears and expectations for what this technology is capable of.

LaMDA, which stands for “Language Model for Dialog Applications,” is one of the several large-scale AI systems that can respond to written prompts after being trained on large swaths of text from the internet. They are tasked with identifying patterns and predicting which word will appear next. Such systems have become increasingly adept at answering questions and writing in ways that appear convincing to humans and Google itself presented LaMDA engage in a free-flowing manner about a seemingly infinite number of topics. However, the results can be bizarre, strange, disturbing, and prone to rambling.

As a result of the breakthroughs and constant innovation in the field of AI, we witness the emergence of a mechanical violinist. It was, coincidentally, the highlight of Toyota Motor Corporation. The company had just unveiled a humanoid robot, which had gotten a lot of press.

Because the violin is such a complicated instrument, training a robot to play it might have been difficult. But the robotic violinist was unconcerned about anything. The Japanese have continued to enhance the innovation of these robots throughout time. In 2016, a Japanese musical group composed entirely of robots was formed. They gave a sold-out show in Hong Kong at a music festival. All of this brings us back to the central question of whether machines and services will become increasingly automated as technology advances.

More and more humans, especially those in the creative business, are becoming replaceable in their lines of work. Robotics has progressed to the point where beings may now create works of art simply by looking at them, raising the million-dollar question: will artificial intelligence increase our artistic and musical abilities to the point where it renders human art obsolete? The answer is complex, and we are still a long way from a situation in which the robot music industry, for example, replaces humankind’s artistic and natural gift for music and art.

AI ‘Sentience’ is Far from Becoming a Reality

Many books and movies have depicted a gloomy future in which humans are completely supplanted by robots, but a far more plausible future is for robots to collaborate with humans to improve their work, whether in the creative or industrial sectors. In the instance of the Google engineer, we believe that we merely project our own feelings and sentience onto the robot. It’s possible that this will be the case in a few years or a decade, but most people would agree that there’s still a long way to go.