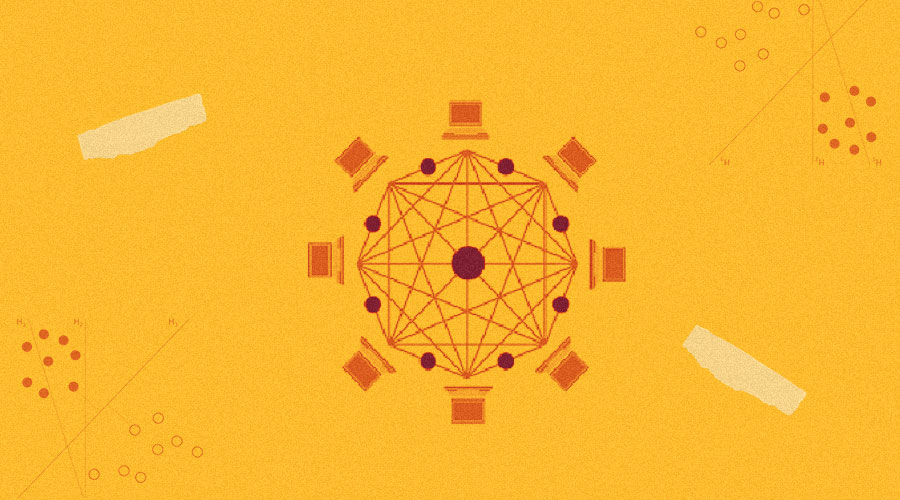 Conventional blockchains have a major role to play in helping against network outages.

The blockchain industry is at the forefront of innovation, with new ways to harness this secure distributed ledger technology in various areas of traditional businesses. A key feature of conventional blockchains is the ability of any entity to verify the integrity of the blockchain ledger by executing the same algorithm that was used to generate it.

What is Quantum-Safe Blockchains

The Post Quantum Blockchain is the next step in blockchain technology, leveraging the power of quantum computing to ensure that data is stored securely and cannot be tampered with, so they can rely on the integrity and security of their data.

In contrast to existing blockchains, which rely on the security provided by the widely used public-key cryptography scheme RSA, post-quantum blockchain uses a different asymmetric encryption scheme that is secure against current quantum computers.

Lack of infrastructure in the current Blockchains

This has been affecting several Tier 1 blockchains like Solana and Matic which recently experienced a situation where a high number of transactions on their network caused it to overload the Rpc nodes which further causes multiple transactions to be cancelled and causes the network to jam. This has caused multiple projects that are built on these blockchains to crash as well. The issue with current blockchain appears to have been caused by too many transactions being processed at once—about 400,000 in total. The average number of transactions that Solana can process is around 65,000 transactions per second and this resulted in the network becoming congested and crashing.

Effects on investors/traders on the blockchain’s scalability issue

This greatly impacted the traders, investors, gamers and many other people using the particular blockchain network as it can cause losses, and delays in the transactions. This could have a possible detrimental effect on the projects looking to further build on the blockchain as this could easily lead to the failure of the project because of the congestion caused in the blockchain.

This sort of scalability issue needs to be addressed when global adoption kicks in. A lot of users would have missed out on catching good trades and various sales when the technology is scaled. If this is the case the whole concept of the blockchains won’t be having enough infrastructure to support the mass traffic that we anticipate with adoption in the future with. That’s where a solution of future-proof architecture must work equally well with both classical cryptography and post-quantum cryptography.

Projects like Cellframe could actually encounter this problem quite comfortably. Cellframe works by grouping transactions into cells. Transactions within a cell can interact with each other directly, without needing to be verified by every node on the network. This makes it possible to do just one verification per cell, instead of one per transaction. So if a cell has 100 transactions in it, instead of verifying 100 times, Cellframe only verifies once. That way, it can keep up with the speed that we need for a fully scalable transaction network.

Cellframe is one of the first movers in creating post-quantum blockchains. Cellframe is a Layer 0 protocol, which means it doesn’t depend on any other blockchain (like  Ethereum) and can scale exponentially to handle larger transactions than what is currently possible on the most popular blockchain networks. Cellframe network provides the Dapps (decentralised applications) the infrastructure to scale as high as needed.  One can easily scale their product on the Cellframe network, to scale furthermore one just needs to add another cell chain.

In case of any problems, we will be able to quickly locate them and prevent their distribution throughout the system, isolating a shard or using arbitrary acts as a security mechanism in the first several months after launching the mainnet. Arbitrary act is a mechanism that can mark a transaction as invalid. Supersingular curves and lattice permutations are used as the basis. Implementations of such algorithms for public key communications are already available on the network

The Cellframe architecture results in a system that allows us to reach a gigantic level of scalability and virtually infinite bandwidth. Cellframe protocol is created for high loads and a high level of interactivity. We are creating a flexible and efficient system that could solve different problems with different characteristics.

If the load on a specific Cell increases to such a limit that it interferes with efficient functioning, then the owner of the Cell can create any number of Cells in support of the first one. The cells in one system can perform different functions with the help of smart contracts. The scalability of Cellframe meets not only demand from the public blockchain market, but also from enterprises that can widely be used for enterprise solutions.