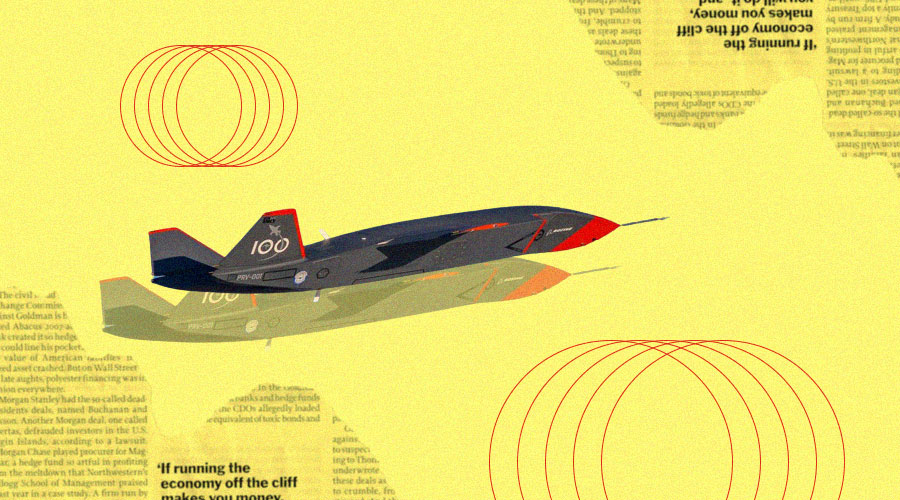 Boeing’s latest AI combat drone: Ghost Bat is the next phase of the Loyal Wingman project

Boeing and the Royal Australian Air Force (RAAF) have officially announced the naming of their newest AI combat drone, the MQ-28A Ghost Bat. The AI drone utilizes artificial intelligence and is part of what was previously known as the Loyal Wingman project, an initiative to give fighter pilots an uncrewed partner in the sky. Ghost Bat offers cutting-edge capabilities explicitly designed for 21st-century combat theatre. It was at the time introduced as the Boeing Airpower Teaming System (BATS), the first Australian-produced military combat aircraft.

Drones have become an increasing part of the modern battlefield. Other nations are customizing military crafts that provide a wide array of functionality. For instance, recently, the U.S. Navy test-fired a drone-killing laser, successfully zapping the approaching drone out of commission.

Ghost Bat known as Loyal Wingman is the first combat aircraft to be manufactured in Australia in over 50 years. The introduction of the new popular name is a rare and special moment in aviation history for the RAAF partners and industrial team of over 35 Australian suppliers. Basically, Ghost Bat is an Australian native mammal known for teaming together in a pack to detect and hunt, which reflects the unique characteristics of the aircraft’s sensors and intelligence, surveillance, and reconnaissance abilities, and is a fitting name for this pioneering capability.

The AI drone is still undergoing testing, and for the remainder of 2022, the efforts of its engineers will focus on sensor capabilities. Back in November last year, Boeing was introduced into the test program as a second drone to expand and speed up capabilities. This new capability allows the military to introduce more mass into the battlespace. An adversarial aircraft would not only have to contend with the crew’s capability but also the number of uncrewed aircrafts such as the MQ-28A Ghost Bat.